Maile refutes DA's accusations that it left Tshwane in shambles. 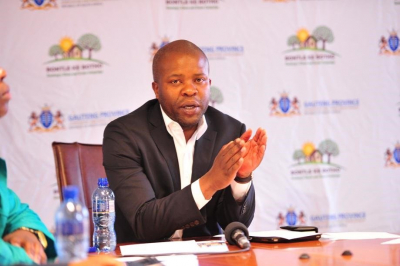 This is despite the apex court, in its majority ruling, finding that the Gauteng government had "misconstrued its powers and failed to apply itself" when it placed the metro under administration.

Maile said even though the ConCourt found the decision to be unlawful and unwarranted, the judgment demonstrated that the provincial government had applied itself before taking the decision on 4 March 2020.

"We can’t now be accused of any other thing… the court agreed they failed to execute their executive objections and exceptional circumstances existed.

"That’s what we wanted when we went to the ConCourt to get clarity on whether we are interpreting this law correctly," Maile said.

He was speaking during a media briefing in Johannesburg on Wednesday after this week’s ruling by the ConCourt, which upheld previous judgments by the Pretoria High Court and the Supreme Court of Appeal (SCA) last year.

Maile said the Gauteng government complied with section 139(1)(c) of the Constitution after establishing that the Tshwane council was "severely dysfunctional" and could not deliver services to residents.

"The court found that three of the facts had been established, but that the dissolution was not warranted in the circumstances, thus the dissolution decision was found to be unlawful," the MEC said.

Maile said the DA paraded the provincial government as people who don’t think and made reckless decisions, even though there were three different ConCourt judgments on the matter.

He said they were glad the ConCourt found that they met some of the constitutional requirements for placing a municipality under administration."The municipality was failing dismally to fulfill its executive obligations. It must be borne in mind that those who were failing in their constitutional obligations to the people of Tshwane, will not accept the reasoning of the court.

"They will accept it selectively and we chose to look at it and embrace it holistically, and learn from judges who are not agreeing with us. They will also not accept the fact that the court, in all three judgments, found that the council was severely dysfunctional," he said.

Maile also dismissed the DA’s claims that the administrators appointed to run the city’s affairs led to the collapse of service delivery and Tshwane incurring a R4.3 billion deficit.

The MEC said after studying the judgment, he would now consult the premier and exco on the way forward.