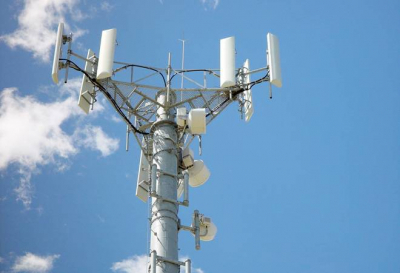 eMedia Holdings, the parent of e.tv and Openview, has filed papers in the high court to stop communications minister Khumbudzo Ntshavheni from declaring a March 2022 date for analogue television switch-off, saying such a tight deadline is simply not feasible.

The free-to-air broadcaster filed papers last month — before Ntshavheni this week reaffirmed an earlier commitment by President Cyril Ramaphosa to complete the switch-off by no later than March 2022. The filing followed evidence, in the form of a draft order, that the minister would set this as the date to complete the broadcasting digital migration project.

Ntshavheni this week published a schedule for digital migration, according to which all nine provinces will have terminated analogue broadcasts by 31 January 2022, starting with the Free State later this month.

But eMedia CEO Khalik Sherrif, speaking to Dan Moyane in an interview on Wednesday, said the shortest possible time in which the project can be completed without causing serious harm to the broadcasting sector is 15 months.

Anything less, he said, would harm e.tv and other broadcasters and would flout provisions of the constitution dealing with the broadcasting sector.

"It can’t be done in the time they (government) propose. It absolutely cannot be done," Sherrif said.

eMedia is now turning to the courts for relief, filing a supplementary notice of motion in the interrelated legal case brought by Telkom (which eMedia has since joined) that sought successfully to stop communications regulator Icasa from proceeding with a spectrum auction under a previously published invitation to operators to apply.

The company is now seeking alternative relief after it became clear that a settlement wouldn’t be reached over the auction and digital migration. It has also warned it could seek an urgent interdict if needed to try to bring the minister’s plans to a halt.

Specifically, eMedia is seeking a declarator that the minister cannot declare the date for analogue switch-off until certain conditions are met, among them that there is a sufficient number of digital set-top boxes in the country, that people will have access to those set-top boxes, and that an adequately staffed call centre will be established to assist people with the switchover.

There is currently a shortage set-top boxes worldwide due to the global chip shortage, meaning even commercial satellite operators, including Openview, will struggle to meet demand if analogue switch-off is not delayed beyond the March 2022 deadline, Sherrif said.

The recent statements by Icasa and the minister … are a matter of considerable concern to e.tv as the so-called ‘fast-tracking’ of digital migration at a ‘rapid speed’ — without the preconditions for a lawful digital migration process having been achieved — fundamentally threatens e.tv’s ability to continue to reach the majority of its audience.

It also threatens the rights of the public to have access to free-to-air television from either the SABC or e.tv – both of which use analogue spectrum for the purposes of broadcasting their programmes. It further threatens the rule of law, which values public and proper consultation as a constitutional commitment.

It appears that the minister and Icasa are approaching the spectrum auction with a single-minded focus, which is to clear the relevant spectrum at the cost of the broadcasters and the public.

Around 23.5 million viewers in South Africa watch e.tv on average each month. This equates to approximately 6.7 million households in which e.tv is viewed. Given than 58% of these households are dependent on the analogue broadcasting of e.tv’s news and programming, an analogue switch-off would deny some 13.6 million viewers in South Africa the opportunity to view the broadcasting of the only source of free-to-air independent television news and information programming.

Many of these viewers are among those who do not have sufficient economic resources to afford digital subscription platforms such as DStv, and who cannot afford to purchase sufficient data to stream news and programming via mobile networks.

To comply with constitutional obligations and public promises, before digital migration can be completed, the government must ensure that these 13.6 million viewers are provided with the necessary equipment, be it set-top boxes and/or reception devices, to continue to receive these broadcasts. E.tv has calculated that an additional 3.9 million set-top boxes are still to be provided to its viewers to achieve this purpose.

A problem, eMedia said, is that only 800 000 set-top boxes remain warehoused by the Post Office for distribution and government has said it has no plan to order any more.

Specifically, eMedia wants the court to:

eMedia, Sherrif said, is concerned that government is "rushing" the digital migration project without considering the implications for broadcasters like e.tv. Without the infrastructure in place, including digital set-top boxes in indigent households, the impact on free-to-air broadcasters could be severe, he said.

More in this category: « Government unveils new projects that will create over 538 500 job opportunities. Happy 90th birthday Archbishop Desmond Tutu. »
back to top