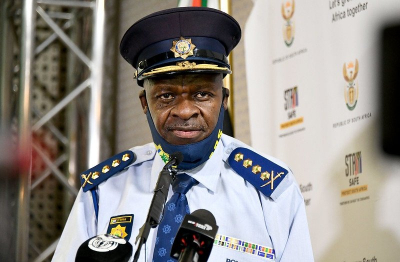 President Cyril Ramaphosa notified National Police Commissioner General Khehla Sitole, last month that he intends to suspend him and asked him to make representations as to why he should not be suspended, the Presidency has confirmed.

This after the police commissioner was found wanting in a North Gauteng High Court judgement earlier this year.

The judgement found that Sitole and fellow officials Francinah Vuma and Lebeoana Tsumane had "breached their duties" and "thwarted" an Independent Police Investigating Directorate (IPID) investigation into suspected fraud and corruption in a R45 million tender at the police service by not handing over critical documentation relating to that contract.

For three years, Sitole, Vuma and Tsumani refused to hand over documentation to IPID relating to the grabber procurement.

In a statement on Thursday, The Presidency said scrutiny will also be placed on the commissioner’s fitness to hold office. This is merited by the public interest in the integrity of the office of the National Commissioner.

The Presidency said the Commissioner has made representations with further communication expected between the commissioner and the president.

The presidency also confirmed that Ramaphosa had given Sitole 14 days in which to respond and that the country's top cop had since submitted representations in this regard.

More in this category: « Cosatu embarks on nationwide strike. Deadline for 2022 school applications in Gauteng looms. »
back to top