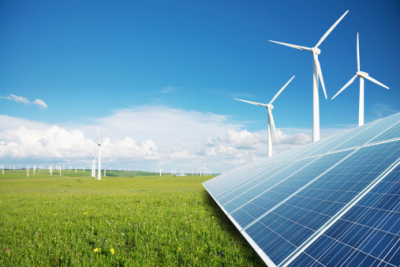 President Cyril Ramaphosa says one of the key drivers of infrastructure development is green energy, which has the potential not only to drive industrialisation but to establish a whole new industrial reality.

The President was delivering the keynote address on the second day of the Sustainable Infrastructure Development Symposium South Africa (SIDSSA) hosted by the Presidency on Thursday.

Ramaphosa said the Green Hydrogen Export special economic zone to be developed at Boegoebaai in the Northern Cape, with Sasol as an anchor investor, is a major step towards realising South Africa’s potential to be a global leader in green hydrogen.

"It points to a future where tens of gigawatts of renewable energy feed electrolysers at massive scale, producing the hydrogen power fuels of the future.

"We stand ready to be a major exporter in this market - to use hydrogen to rapidly decarbonise our existing industries, and attract industrial investment from across the globe seeking to meet new standards of green power in the production process, "Ramaphosa said.

The statesman told the guests that the Boegoebaai SEZ will host mass-scale production, but will also source green hydrogen volumes from emerging players such as Mahlako, which is setting up the Prieska Power Reserve, and projects like it across the Northern Cape solar belt.

"This complements the Hydrogen Valley project being spearheaded by Anglo Platinum and Sasol’s partnership with the Gauteng Provincial Government to create decarbonised industrial power grids and supply lines for hydrogen-based green aviation fuel," he said.

Government has established a National Water Programme Management Office, jointly owned by the Departments of Water and Sanitation and Cooperative Governance and Traditional Affairs.

The President said that the development and management of the country’s water infrastructure remains a critical area.

"We are strengthening the preparation and planning of municipal water infrastructure so it can access blended finance solutions positioned under the Infrastructure Fund.

"We are fast tracking the establishment of the National Water Resource Infrastructure Agency and the review of the Raw Water Pricing Strategy to ensure effective pricing and cost reflective tariffs, "Ramaphosa said.

He reiterated that water is a valuable natural resource and it is necessary to sustain life, to grow food, to maintain human health, and to enable the growth of the economy.

The President emphasised that every South African must experience the benefits of infrastructure investment and improved gross fixed capital formation.

He acknowledged that in the past, government tended to focus largely on urban areas, however, in order to ensure that no one is left behind the focus will now be turned to rural areas.

"Another key thematic focus area of SIDSSA 2021 is to bridge the urban-rural divide through infrastructure.

"With a rural population of around 18 million, it is vital that we increase fixed capital investment in rural areas. Through this, we aim to improve rural accessibility and establish linkages to formal economic opportunities in urbanised areas," he said.

The President said the National Development Plan says that the ratio of gross fixed capital formation to GDP should be at least 30 percent. “Following the recent recalculation of the GDP, this ratio is currently just below 14 percent which is not desirable for our economy, "he said.

"The focus is on capital investment in the large network sectors of energy, water, transport and digital. At least a third of the capital required for this infrastructure should come from the private sector.

"We recognise that the current policy and legal framework for public infrastructure is fragmented, with many overlapping institutional roles and poor accountability," he said.

"The regulatory framework intends to clarify roles and responsibilities among all relevant organs of state in the preparation, approval, procurement and delivery of large infrastructure projects and programmes, whether they are designed as public-private partnerships or for direct fiscal expenditure, "he said.

The Infrastructure Fund became operational over a year ago and is already engaged with a project pipeline in areas such as student housing, water and sanitation, social housing and digital projects.

"We are also making progress with the establishment of the Social Infrastructure Fund, which will initially prioritise education infrastructure. We are blending the skills and experience of seasoned and retired professionals with Infrastructure South Africa staff to develop the next generation of capable public servants tasked with delivering the ambitious Infrastructure Investment Plan," he said.

The President said these three focus areas were chosen because they capture the government’s approach to infrastructure.

"We are implementing quality infrastructure for inclusive growth so that we redress the economic imbalances between urban and rural areas, we develop townships into viable economic centres, and we reduce the cost of living of the poor," the President said.

More in this category: « Deadline for 2022 school applications in Gauteng looms. DA succumb to pressure & removes 'racists v heroes' posters. »
back to top