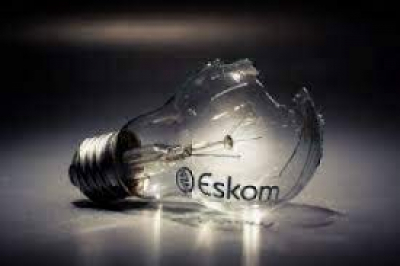 Eskom has announced that stage 2 load shedding will be implemented on Thursday, Friday, and Saturday to replenish emergency generation reserves.

The power utility said that load shedding will be implemented starting Thursday evening (7 October) from 21h00 to 05h00 in the morning, and will again resume on Friday night at 21h00 to 05h00 on Saturday morning.

"In order to replenish emergency generation reserves, Eskom regrets to inform the public that stage 2 load shedding will be implemented at 21h00 this evening until 05h00, "it said.

"This is to continue replenishing the emergency generation reserves, which have been depleted due to further breakdowns of a generating unit each at Kriel and Tutuka power stations today.

"Delays in returning generating units at Tutuka, Grootvlei, and Kendal have also contributed to the deletion of emergency reserves," it said.

Total breakdowns amount to 14,982 MW, while planned maintenance is 5,334 MW of capacity.

Should the generation reserves not recover sufficiently, it may be necessary to introduce load shedding during the day and over the weekend, Eskom warned.

For those living in the major metros, the load shedding schedules are available here: