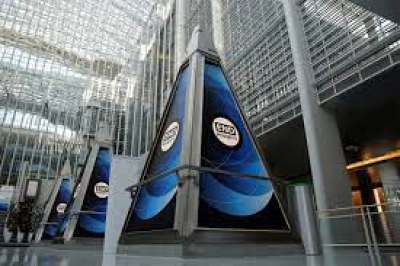 According to the report titled ‘Social Assistance Programmes and Systems Review: South Africa’, South Africa’s social assistance system is an effective intervention for providing support to the poorest segments of the population.

Released by the Department of Social Development and the World Bank during a webinar held on Thursday, the report underscored the critical role of the grant and social assistance system in mitigating poverty. It also provided policy considerations that could help move South Africa’s system of social transfers towards sustainable and productive investments in its people.

The report found that the system is extensive, both in terms of the number of people it covers, directly and indirectly, and in terms of the amount of scarce resources it consumes.

It showed that approximately one in three South Africans is a direct beneficiary of a social grant, while nearly two-thirds of the population (64.0%) are either direct or indirect beneficiaries of the system.

"These three grants also dominate spending on grants. Of the total of R162.7 billion spent on grants in 2018/19, the older persons grant accounts for R70.6 billion; the child support grant for R60.6 billion, and the disability grant for R22.0 billion. Together, these three grants account for 94% of total spending on grants and nearly 96% of all grants," the report highlighted.

The report also identified some of the system’s shortcomings, including limited support to working-age adults and informal workers, in particular; weak integration across programmes and government agencies, and the system’s limited ability to address household needs comprehensively.

"Social transfers are not fully integrated with other support services to help recipient households exit poverty," the report said.

However, the report commended the important steps taken by the department to link social grants, especially Child Support Grant (CSG) beneficiaries, to a number of services, including student financial aid, to ensure accessibility to comprehensive packages of government programmes for the poor.

To support households more comprehensively, the report recommended the continued strengthening of the integration of the social assistance system with services provided by departments, including Basic Education, Health, Public Works and Home Affairs.

It also recommended the development of an integrated social registry or an interoperable set of databases that can be used to more effectively identify vulnerable individuals and households, as well as coordinate the services they receive.

To support social grant beneficiaries to transition to jobs, the report suggested strengthening the quality and reach of the public and non-government employment service programmes and providing easier access for grant beneficiaries. It also suggested building out government’s new youth platform to better connect South Africa’s youth to job opportunities and provide more resources for jobseekers.

A story of large success

Practice Manager for Social Protection and Jobs in Southern and Eastern Africa at the World Bank, Paolo Belli, said the report presents a story of large success, and shows that the system of social grants plays a key role in poverty and inequality mitigation since the advent of democracy in South Africa.

"The social assistance system has created all the deliberate pillars to be able to be scaled up in case of crisis. What we’ve seen during the COVID-19 crisis is that South Africa has been able to mitigate the impact of economic recession in a much more effective away than most other countries in the region. These are all the strengthens that can be further harnessed in the future," Belli said.

Social Development Deputy Director-General: Comprehensive Social Security, Brenda Sibeko, noted that more than half of South Africa’s population is trapped in a vicious circle of poverty and unemployment that is chronic, structural and widespread, and will not be solved by macroeconomic growth in the near future.

"The effects of COVID-19 must be mitigated immediately since they have the potential to severely exacerbate the existing economic and social problems in these times of global economic downturn,"Sibeko said.

More in this category: « Mchunu calls on stakeholders to work together on water challenges in Tshwane. South Africa launches digital COVID-19 vaccination certificate. »
back to top