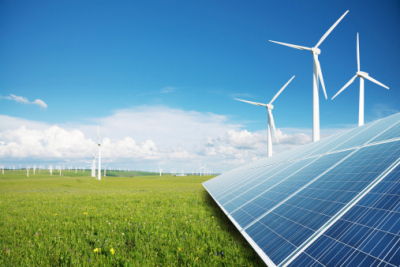 Gauteng Premier David Makhura, together with Johannesburg Mayor Mpho Moerane, have signed a milestone power purchase agreement which is expected to add an extra 100MW of electricity to the city's power supply.

The two-year agreement was signed with private electricity supplier Kelvin Power Station which is expected to increase its electricity supply sent to the city’s power utility City Power, from 80MW to 180MW.

The Gauteng Premier said the move paves the way to securing a reliable power supply to the city.

"I am very happy that Johannesburg has taken a concrete step to ensure that it enhances its own capacity to guarantee the supply of energy to the residents of the city. I think this is a tremendous achievement.

"What Johannesburg is doing is something we want to do in the whole province. Reliable power supply and reliable supply of clean water. Those two are fundamental basics without which you can’t do anything. What distinguishes us from significant progress is access to those two clean basic services, power and water," he said.

Makhura highlighted that a secure electricity supply is needed for the economy of the city to grow.

"Johannesburg has huge economic potential…but you can’t have an economy and residents enjoying quality of life if there is no power supply.

"Intermittent power supply interruptions have destroyed businesses and undermined the position of the city as an economic entry of our province. It is extremely important that we get Kelvin to go to the 300MW [of power supply]," he said.

The Premier added that the province’s metropolitan municipalities need to "take over" electricity from Eskom.

"[Ekurhuleni Metro Municipality] is going out on an expansion...on power supply. They want to get more renewable energy supply with Independent Power Suppliers.

"The municipalities – especially the metros – taking over the supply of electricity is the right way to go. These are critical governance issues. This is an era where municipalities… [have to] build their own capacities," he said.

Makhura reiterated the call for more residents in the city to be connected to prepaid electricity.