Government calls for collaboration to unlock the investment potential. 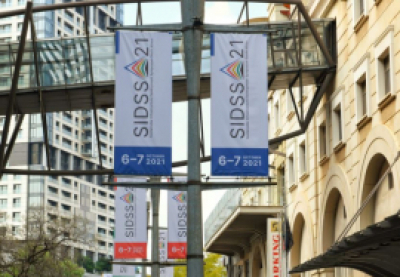 Minister in the Presidency Mondli Gungubele has called for private collaboration to unlock the country’s investment potential, particularly within the context of a stretched government budget and increasing infrastructure needs.

"We estimate that the finance gap that needs to be closed will be just over two trillion Rand. In this regard, we have operationalised the Infrastructure Fund, a blended finance platform that packages projects and ensures they can leverage private sector finance.

"An initial project pipeline has been approved and will transform the way economic and social infrastructure projects are delivered in the country," the Minister said.

In the next year, focus will be placed on augmenting the SIDSSA methodology to include an economical and statistical modelling framework to deploy infrastructure investments to regions as well as revitalise towns and communities where infrastructure is needed the most.

"Priority will be given to areas that have received less support in the past from an infrastructure investment view. We will also add portfolio management function to optimise opportunities of the project pipeline.

"As government we will continue to work with key role players on infrastructure, funding institutions and financing space with more emphasis on project preparation funding that is required to progress projects to procurement to implementation, finding sustainable and long term innovative and financing mechanisms for bulk infrastructure and social infrastructure delivery," the Minister said.

The SIDSSA21 was organised by the Investment and Infrastructure Office in the Presidency and took place under the theme "Quality infrastructure for development, recovery and inclusive growth".

"As announced during the symposium, 20 out of 50 projects gazetted in 2020 were in the implementation phase from tendering and procurement to construction phases with a total investment value of projects estimated at R119 billion out of R340 billion.

He said further focus was placed on the infrastructure big wins, infrastructure financing, bridging the urban and rural divide and the digital economy.

"The engagements were robust, with recommendations being put forward for Infrastructure South Africa to consider for review and implementation," Gungubele said.

More in this category: « Its all systems go for the 2021 National Senior Certificate exams. ANC promise to address North West communities' problems. »
back to top