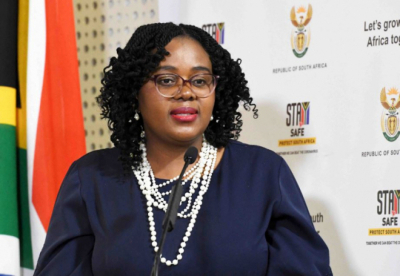 "Housing delivery is a non-negotiable and I am expecting a recovery plan that is convincing enough to turn the tide. The performance of the province has to improve with a sense of urgency," Kubayi said.

The Minister made the remarks during her visit to Limpopo to assess human settlements delivery in the province.

Kubayi took the sixth of her Ministerial visits to Limpopo, where she amongst others, receive a briefing from the Limpopo Department of Human Settlements on progress to achieve its housing delivery target for the 2021/2022 financial year.

The Minister is also expected to be appraised on areas that require her interventions, including blocked and delayed housing projects, which have led to the slow delivery of houses in the province.

The Provincial and National Department of Human Settlements established an intervention team to respond to challenges that have been experienced by the province over the past financial years on the first day of her visit on Thursday. The intervention team, comprising senior officials from the two spheres of government, has been given the urgent task to complete a recovery plan for Limpopo within the next few days.

This plan must enable the province to perform at an optimum level. "There must be a coordinated approach between ourselves and local government. This is critical to ensure that the impact of our work is felt. We can’t build houses where there is no infrastructure."

In ensuring that contractors deliver on their contractual obligations, Kubayi warned that "buddy-buddy" relationship between officials and contractors must come to an end. "If a contractor is not performing, the contract must be terminated. All people expect from us is to deliver services, nothing more nothing else,"the Minister said.

She also highlighted other non-negotiables, such as prioritising the delivery of housing for military veterans, and ensuring that 40% is set aside for women and youth, in terms of workforce and subcontracting. She further commended the Limpopo provincial department for ensuring that women and youth are at the centre of human settlements delivery. She also implored other provinces to be as biased in support of the most vulnerable.

Day one of her two-day ministerial visit comprised tree planting and site inspections at  the Capricorn District Municipality,  a visit to a military veteran housing beneficiary in Kwena Moloto, a bricklaying ceremony at a women-led development, and a community engagement in Seshego.

The provincial department was allocated a R877.1 million budget for the 2021/2022 financial year; this included an allocation for the upgrading of informal settlements in mining towns.

Limpopo MEC of Cooperative Governance, Human Settlements, Basikopo Makamu acknowledged that there have been challenges relating to the spending of budget allocated in the previous financial years, resulting in some money being reallocated to other provinces.

He said the ministerial visit has helped in finding the lasting solutions to allow the people of Limpopo to live in security and comfort.

"The Limpopo province remains committed to addressing spatial patterns to enable communities to live closer to the economic activities. Accordingly, the province has delivered over 200 000 housing opportunities since 1994," the MEC said.

The Minister, together with Human Settlements Deputy Minister Pamela Tshwete and Makamu,handed over title deeds and met with the community members of Phakgameng in Modimolle-Mookgophong.