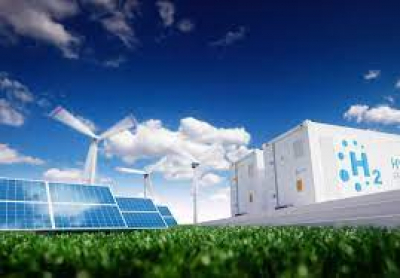 The establishment of South Africa's hydrogen valley, which has the potential to create up to 32 000 jobs per year by 2030, is inching closer to reality.

This follows the launch of the Hydrogen Valley Feasibility Study Report by the Department of Science and Innovation (DSI) and partners during a virtual event on Friday.

According to the report, the job growth may be seen in sectors across the whole hydrogen value chain — from sourcing of resources, production, transport and storage to applications such as fuel cell manufacturing.

Estimates have placed the potential gross domestic product (GDP) impact, both direct and indirect, of the hydrogen projects at US$3.9 billion to US$8.8 billion should the full vision of the hydrogen valley be realised.

In addition, this project could bring an additional US$900 million to US$2 000 million in tax revenue by 2050.

"This revenue could be used to invest in the hydrogen economy and further magnify the positive impact," the report found.

Job creation, according to the study, also has the potential to contribute to the "just transition".

"For example, jobs requiring training the workforce will put male and female workers on equal footing."

According to the DSI, the hydrogen valley will serve as an industrial cluster, bringing various hydrogen applications in the country together to form an integrated hydrogen ecosystem.

The initiative is also set to play a key role in supporting the Economic Reconstruction and Recovery Plan for South Africa.

Delivering his keynote address, the DSI’s Director-General, Dr Phil Mjwara, said the establishment of a hydrogen valley was an important national initiative.

"The implementation of phase 3 of the Economic Reconstruction and Recovery Plan is driven by the core elements of reconstruction and transformation, and this entails building a sustainable, resilient and inclusive economy."

Mjwara believes that this establishment has great potential to unlock growth and revitalise the industrial sector.

In addition, this move will position South Africa to be an exporter of cost-effective green hydrogen to the world.

"And one of the things that I'm particularly excited about is that it is also important to see this hydrogen valley as a place that will open up training for young people."

In other countries, these valleys are used to promote clean emerging technologies and support emissions reduction.

Meanwhile, hydrogen and fuel cell technologies offer an alternative source of clean electricity, while hydrogen allows energy to be stored and delivered in usable form.

"Using hydrogen as an energy carrier could potentially reduce South Africa's dependence on fossil fuels that cause global warming while reducing the country's reliance on imported oil."

Mjwara said implementing this complex initiative is not going to be achievable unless government continues with its ongoing partnerships.

The country’s proposed hydrogen valley will start near Mokopane in Limpopo, where platinum group metals (PGMs) are mined, extending through the industrial and commercial corridor to Johannesburg and leading finally to Durban.

Natascha Viljoen, CEO of Anglo American's PGMs business, said: "The opportunity to create new engines of economic activity through hydrogen has been validated through this feasibility study with our partners".

As a leading producer of PGMs, Viljoen said the company has been working towards establishing the right ecosystem to successfully develop, scale-up and deploy hydrogen-fuelled solutions.

"These include investing in innovative ventures and enabling technologies, as well as forging wide-ranging collaborations across industry, to fully harness the transformative potential of green hydrogen for our economy in South Africa," she added.