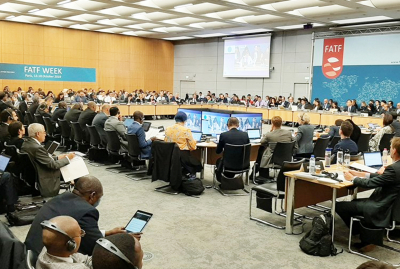 Released on Thursday, the National Treasury and the Financial Intelligence Centre (FIC)  said in a joint statement that the Mutual Evaluation Report was an assessment of South Africa’s AML/CFT/CPF systems.

They said the mutual evaluation of South Africa was conducted by an assessment team led by the International Monetary Fund and included officials from the Eastern and Southern Africa Anti-Money Laundering Group and the FATF member countries.

According to the statement, South Africa was expected to take remedial steps within 18 months to address deficiencies identified in the mutual evaluation report.

Cabinet was briefed on the outcomes of the assessment on 1 September 2021, and recognised the findings and weaknesses brought to the attention of the South African government.

"The government is fully committed to implementing the recommendations contained in the report, and strengthening the entire system for investigating financial crimes, including the fight against corruption," said Treasury and the FIC.

National Treasury chairs an interdepartmental committee of AML/CFT/CPF that was overseeing and coordinating a comprehensive response and the follow-up actions to be taken, based on the recommendations contained in the report.

"National Treasury will report regularly to Cabinet on the country’s progress. The continuous strengthening of the country’s AML/CFT/CPF system is central to protecting and helping to make the financial system intolerant to abuse."

The assessment commenced in April 2019 and was concluded in May 2021. This was the third mutual evaluation conducted on South Africa, following those conducted in 2003 and 2009.

The FATF is an international body that promotes policies and standards for combating money laundering, terrorist financing, and the financing of the proliferation of weapons of mass destruction. South Africa became a member of the FATF in 2003 and is one of 39 member countries. The members of the FATF have collectively set international standards for measures, which countries should implement to combat money laundering and terrorist financing.