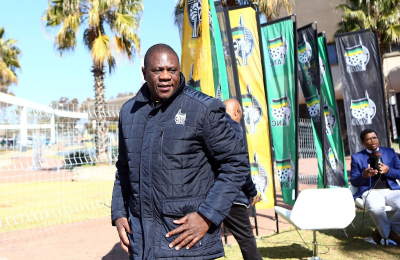 The Western Cape remains the last bastion of apartheid in South Africa.

That’s according to ANC treasurer-general Paul Mashatile, who was speaking during the party’s election manifesto launch on Saturday in Cape Town ahead of the 1 November municipal polls.

Mashatile slammed the DA-led provincial government, saying it was choosing to take the path of inequality and exclusion while the province’s majority is languishing in poverty.

He called on ANC members in the province to make sure that the Western Cape, the only province not under the control of the governing party, "becomes once more the home of the ANC" and progressive politics.

He said only the ANC could turn local government around in the province’s municipalities if it’s elected into power.

Meanwhile DA leader John Steenhuisen maintains that he will not apologise for his party’s controversial election posters in Phoenix, Durban, that caused outrage among many South Africans.

Steenhuisen says the messaging on the posters – which read: "The ANC called you racists" and "The DA calls you heroes" – has been "misinterpreted".

He says all his party was trying to do was to pay tribute to "law-abiding citizens of all colours who stood up for law and order" during the deadly July unrest that engulfed parts of KwaZulu-Natal and Gauteng.

In an interview with the City Press, Steenhuisen said he was willing to accept that the "misinterpretation" of the DA’s message upset people and this wasn’t ideal for the party’s election campaign.

But he would still not apologise for calling South Africans who stood up for the rule of law heroes.

On Thursday, the party’s federal executive held a meeting to discuss the matter and find an appropriate way to deal with it. It was decided that the posters should be taken down and an apology was then issued by DA KwaZulu-Natal leader Dean Macpherson.