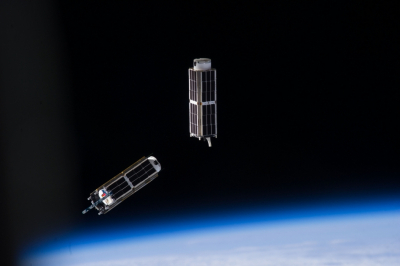 As is well known in the IT industry, iSAT is currently in litigation against Dimension Data and NTT Ltd.

The version of Openstack software had actually expired (reached End of Life) 4 years before the Cloud Platform failed. In the IT industry not maintaining software, particularly, connected to the Internet, directly or indirectly, is as close to criminal negligence as is possible.

Dimension Data refused to accept any accountability and denied negligence. ISAT approached NTT Ltd, the holding company of Dimension Data. Instead of taking the necessary steps to remedy the negligence, NTT Ltd instead accused iSAT of harassment. NTT Ltd thereby condoned the behavior of its subsidiary.

iSAT then made public all documents relating to the negligence via the https://www.isat-vs-is-and-dd-and-ntt-ltd.net Web site.

Despite being asked multiple time to check the content of the Web site, Dimension Data and NTT Ltd, decided to rather try and hide the truth and take the approach of gagging iSAT via a court order.

iSAT readily agreed to take the Web site down until the case was heard in the High Court. The High Court case was finally done on 18th March 2021. The presiding Judge said that he would deliver judgement after 30 days. The matter being a simple one, iSAT had expected this to be a quick process, considering Dimension Data and NTT Ltd could not find anything that it considered incorrect on the Web site that iSAT had created.

The CEOs of Dimension Data (Grant Bodley) and NTT Ltd (Jason Goodall) announced in advance that they would be stepping down from their positions on 1st April 2021, which they duly did. The new CEO of Dimension Data is Werner Kapp and the new CEO for NTT Ltd is Abhijit Dubey.

Unfortunately, 6 months have passed with the two new CEOs in charge, Werner Kapp and Abhijit Dubey, and neither have attempted to contact iSAT, or make a relevant statement to the press, so it must be assumed that they too believe that the industry standard of correctly maintaining system software is unnecessary.

Additionally, within weeks of the legal process starting, any employees of Internet Solutions/Dimension Data who had communicated with iSAT, were no longer employed by those companies.

It has now been 7 months, and the High Court judgment has just been sadly delivered against iSAT, exactly one day before this press release was due to be sent out. A coincidence? iSAT are forwarding details to the Directorate for Priority Crime Investigation (Hawks). They can investigate that potential problem in their own time.

It is indeed in the interest of South Africans in particular that this press release still goes out. Nothing has changed. Dimension Data and NTT Ltd have still been negligent and refuse to accept accountability.

And the final straw was in any case when in early September 2021, it was disclosed that South African judiciary system was compromised by cyber criminals.

The cause of these breaches quite often, is when software being used is not being maintained properly. Most software updates released are security related. As can be seen from updates for Windows 10 and other Microsoft products.

iSAT has been trying to get people to understand since March 2019 how serious and how unacceptable this behavior is by large IT companies in South Africa, like Dimension Data and NTT Ltd, when they do not properly maintain systems connected to the Internet.

It should be clearly understood as well, that if the cybercriminals can encrypt data and demand a ransom, it means that they have access to the data to copy, and then sell, normally on the dark web.

It is thought that the Department of Justice (DOJ) hackers had access to the DOJ data since April 2021. High Court judges have had to resort to documenting legal matters on paper, DOJ data has been encrypted and is inaccessible. Data backups have also been encrypted. It should be accepted that all data on breached DOJ servers will now be for sale on the dark Web.

When the information of Dimension Data/NTT Ltd.'s negligence was originally exposed in the press, no comment was made by any of the executives at the other large IT companies in South Africa, like for example Datacentrix, Westech, Business Connexion and Bytes.

Possibly because the press reaction to the news was fairly subdued. In South Africa and other countries there is often a problem with news reporting being one sided when one of the parties involved regularly provides paid content for the news site.

iSAT believes that Dimension Data and NTT Ltd.'s lack of responsibility has served to create and sustain an environment in South Africa where IT negligence is acceptable, and lack of accountability is the norm.

A few of the institutions in South Africa that have been breached just over the last few weeks include:

As previously mentioned, the situation in South Africa is really serious, and iSAT has tried to make this clear since March 2019.

Just in government related systems, South African citizen are facing potentially many threats, for example the capturing and encrypting of data such as being used by:

And unfortunately, many more.

The implications of security breaches in one or more of these systems will have dire consequences for all South Africans, particularly in the current climate of political and economic uncertainty and instability.

And it is not as though these data breaches are not preventable. For example, the DOJ equivalents in the United States and the United Kingdom have not had their systems breached. There will be cases where systems can still be breached, but the number and effect of these breaches will be limited if systems are properly maintained.

The following needs to be done immediately to help prevent more disasters and at least try and mitigate the problems South Africa is currently facing:

There are of course may excellent employees at Dimension Data and NTT Ltd. iSAT works with a group of those people in the Dimension Data business group Ignite. iSAT makes use of their Internet access solutions, as well as those that they provide on behalf of MTN and Rain. iSAT does not consider these solutions as high risk.

Additionally, iSAT asks individual South Africans to check with institutions they make use of like banks, medical aid and insurance companies, and other medical institutions to check whether these institutions are making use of Dimension Data or NTT Ltd, infrastructure or getting security support from them.

These institutions should be made aware that in the case that their systems are breached they been giving due warning and will held liable by their clients/customers.

It is not reasonable or ethical to make use of companies that do not consider themselves to be held accountable for their actions in any private or public enterprise.

The bickering between Pearton and Dimension Data dates back to March 2019 when Internet Solutions, which has since been integrated into Dimension Data, suffered hard drive failures that resulted in two weeks of Consumer Virtual Machine (CVM) platform downtime.

More in this category: « Over 100 countries you can travel to visa-free on a South African passport. City of Tshwane warns residents of housing scam. »
back to top