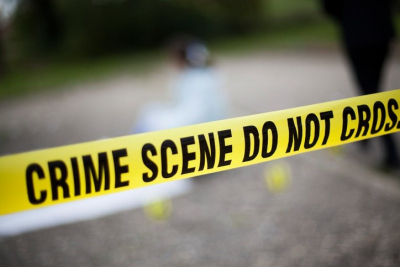 Provincial SAPS spokesperson, Brigadier Novela Potelwa, said the operations were executed throughout the province between Monday and Sunday.

The operations, she said, had a specific focus on identified hotspots and crime generators.

"In the main, illegal firearms and to some extent, other dangerous weapons, continue to contribute to serious violent crimes such as murder, attempted murder, hijacking and armed robbery. The seizures comprised rifles, pistols, gas guns and imitation firearms."

On Thursday evening, members of the Anti-Gang Unit (AGU) chased and arrested a 40-year-old suspect from Bonteheuwel and seized an unlicensed rifle. The next day, AGU in Bishop Lavis confiscated two pistols and charged a 34-year-old suspect with strong links to gangs.  He was charged with possession of prohibited firearms.

Meanwhile, members of the Cape Town K-9 unit on Thursday followed up on information about a vehicle, whose occupants were behaving suspiciously in the Blackheath industrial area.

Potelwa said police, upon searching the vehicle on the corner of Range and Stellenbosch Arterial roads, discovered a 9mm firearm in a black paper bag on the back seat and another 9mm pistol on one of the four occupants of the vehicle. All four suspects were subsequently arrested.

"Two suspects, aged 28 and 30, were arrested by police in Basboom Street in Delft South on Tuesday for possession of homemade guns (zip guns),"she said.

Other firearms were seized in operations in Nyanga, Gugulethu, Delft, Steenberg and Khayelitsha.

Three suspects were arrested by Lockdown II forces on Saturday in Nyanga at a vehicle checkpoint with house breaking implements. The vehicle the suspects were in was discovered to have been stolen in September in Harare, Khayelitsha. The vehicle has since been linked to several house robberies.

The three suspects - aged 17, 23 and 24 - have been charged with possession of a stolen vehicle and house breaking implements. As investigations continue, the suspects could face additional charges.

On Sunday morning, members of the George Public Order Police, deployed in hotspots in the Cape Town metropole, discovered during a routine stop and search on Lillian Ngoyi Street, Samora Machel, a vehicle reportedly stolen in Indwe in the Eastern Cape in June 2021. A 33-year-old suspect was henceforth arrested.

On the drug front, Eden and Central Karoo rural flying squad members intercepted drug consignments worth over R2 million in two major seizures during the week.

All suspects arrested over the weekend will appear in various courts on Monday.

More in this category: « Sanral calls on government to make a decision on e-tolls. Department of Human Settlements plans to review its flawed Housing System database. »
back to top