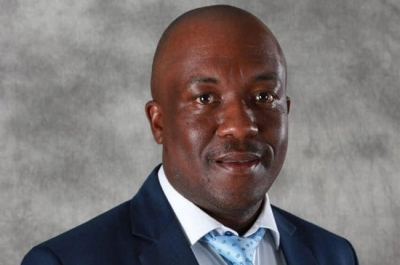 Mpumalanga agriculture MEC Mandla Msibi has been charged with murder and is in custody.

Msibi was charged with murder and attempted murder when he appeared at the same court on Monday afternoon.

In a statement, police spokesperson Brigadier Vishnu Naidoo said the suspect, accompanied by his attorney, on Monday handed himself over to police in Nelspruit in connection with at least two counts of murder and one count of attempted murder.

He said the 45-year-old MEC was alleged to have been involved in a shooting, where two people were fatally shot and a third person wounded on 22 August 2021 in Nelspruit.

"His arrest brings to three the total number of people arrested in connection with this case. On 17 September 2021, police arrested Joseph Charlie Ngwenya (35) and Tshepo Matsane (30). They both appeared in court at least twice before being granted bail of R20 000 each on Friday, 8 October 2021,"said Naidoo.

Msibi’s arrest comes barely two months after he was acquitted on 10 charges, ranging from assault, attempted murder theft and malicious damage to property – for which he had been attending court since 2018.

Mpumalanga News reported in February last year that Msibi, who was the City of Mbombela municipality’s speaker at the time, was arrested for malicious damage to property after allegedly "retaliating" against community members who accused him of corruption.

Before Msibi’s arrest, a community business meeting, presided over by ward councillor, Cllr Themba Bulunga from Ward 26 took place. At the meeting, serious corruption allegations were uttered against Msibi by community members in attendance.

Later in the day, Msibi is alleged to have retaliated against the community members. Members who are alleged to have uttered corruption allegations against him have been targeted, where they were allegedly attacked at their respective homes. Bulunga was chased by Msibi.

Damage to property and a vehicle were among the charges laid against him.

Msibi appeared at the Kanyamazane Magistrates’ Court at the time, and was charged with malicious damage to property. He was released with a warning and his second appearance was postponed until further notice.

More in this category: « Cyril Ramaphosa declares 1 November public holiday. ANC express concern over disputes may cost the party in Tshwane. »
back to top