ANC express concern over disputes may cost the party in Tshwane. 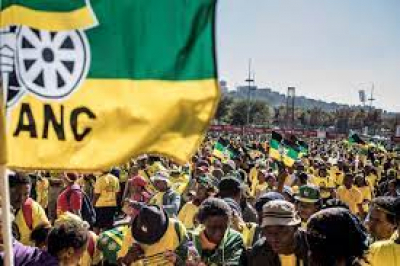 The African National Congress (ANC) is concerned that internal squabbles that could lead to another defeat in the capital of Tshwane come the November 1 election.

The governing party’s election boss, Fikile Mbalula, aired these fears on Monday on the sidelines of a peacemaking mission at the St George’s Hotel in Tshwane.

The ANC sent its leaders to Tshwane on Monday to calm the concerns of members who felt aggrieved by the party's candidate list process. ANC deputy president David Mabuza and deputy secretary-general Jessie Duarte met with complainants at Saint George's Hotel in Centurion.

There have been 14 complaints about Tshwane, Mbalula said.

The party has been fielding complaints from structures across the country. Members reported complaints about fraudulent candidates making it to the party's final nomination list sent to the Electoral Commission of SA (IEC).

Mbalula said all disputes would be resolved by the party electoral committee led by Kgalema Motlanthe.

All those candidates who had been illegally parachuted on to lists would be removed post-elections, and by-elections will be held, Mbalula said.

He admitted that Tshwane had taken priority because of flashbacks to the electoral defeat suffered by the party in the metro in 2016.

The ANC lost its majority in the city, which saw the DA clinch power with the support of other political parties.

The party lost because of the fallout about nomination lists ahead of the elections. There was also widespread outrage from some structures in the region when Thoko Didiza was named as the party's mayoral candidate.

Mbalula said the party wanted to avoid the same fate, and members needed to understand their grievances would be attended to. He said ANC infighting would cost the party votes.

"We lost Tshwane partly because of disputes and the infighting," Mbalula said.

More in this category: « Mpumalanga MEC Mandla Msibi charged with murder. SAA open to engage with the protesting cabin crew. »
back to top