At least 9 killed in tragic bus crash on the N3, KZN. 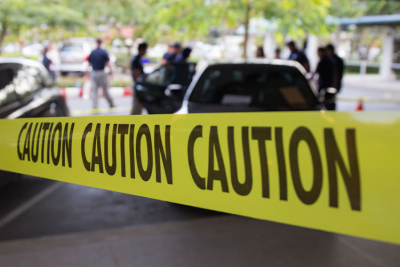 At least 9 people have been killed in a tragic bus accident on the N3 near the Bergville offramp in KwaZulu-Natal on Tuesday.

KZN EMS spokesperson Robert McKenzie said a bus has crashed off the highway and into the bush.

"There are reports of multiple fatalities and injuries. EMS are on scene treating patients with additional help on the way," he said

The bus crashed through the barrier into the south bound lane, rolling several times, and ejecting some occupants in the process.

On arrival of emergency services, EMS said at least fifty people were found to have suffered injuries ranging from moderate to serious.

Eldo Coaches, the company that owns the bus that was involved in the crash, said the bus had departed from Durban Station at approximately 6.45 am on Tuesday, and was traveling to Johannesburg.

Eldo Coaches said according to information at hand, the accident was caused by a blow out of the front wheel tyre and the coach rolled.

"We are cooperating fully with local authorities to ensure that the accident is thoroughly investigated.

"We are doing our best to assist all passengers that were on board. All emergency and medical services are presently on scene."

The bus company said it is currently getting in touch with all emergency contacts of the passengers that were on board.

"We wish to extend our condolences to family of those who were affected by this tragedy and assure the community of our outgoing support during this difficult time," said the company.

The N3 Toll Concession (N3TC) said the southbound lanes, at the scene of the crash, were still closed off to traffic by yesterday afternoon.

Road users are advised to expect traffic delays in the vicinity of the crash.

More in this category: « SAA open to engage with the protesting cabin crew. Zikalala calls for ring-fencing of maintenance budget. »
back to top