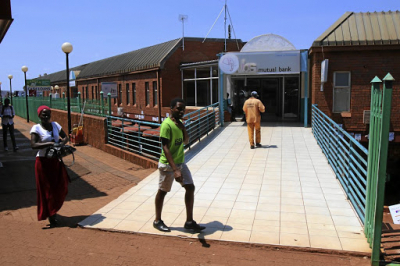 The case against 14 accused in the VBS Mutual Bank corruption scandal has been postponed to 24 January next year.

The 14 including the bank’s former executives as well as politicians are accused of stealing almost R3 billion from the bank.

They collectively face more than 180 counts including racketeering and corruption amongst others.

The court heard that there were some outstanding matters that the accused needed to finalise with their legal representatives.

"We were hoping that by today there would be the setting of the trial date which should probably be next year – the two terms the judge had indicated but unfortunately the issue of financial instructions and the request for further particulars and possible separation of trails is what stalling the process," NPA spokesperson Mthunzi Mhaga said.

The state alleges that the suspects looted nearly R2.3 billion from VBS’s coffers and manipulated the bank’s 2017 financial statements to cover up the fact that it was insolvent.

On 9 October 2018, a report commissioned by the South African Reserve Bank and compiled by advocate Terry Motau detailed the large-scale fraud that took place at the once-respected bank.

In a report titled 'The Great Bank Heist', it was found that the bank’s chairperson Tshifhiwa Matodzi was the mastermind behind the disappearance of funds, which were mainly deposits from municipalities and stokvels.

More in this category: « National state of disaster extended by another month. Gordhan denies trying to influence chief justice Mogoeng Mogoeng. »
back to top