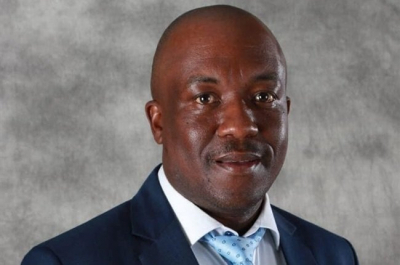 She said the decision was taken in consideration of the seriousness of the charges he faces, as well as the impact it would have on his work.

"I wish to take this opportunity and announce that I have decided, after consultation with the ANC leadership in the province, to release MEC Msibi, who was responsible for Agriculture, Rural Development, Land and Environmental Affairs, from his position in the provincial executive council with immediate effect," Mtshweni-Tsipane said in a briefing on Tuesday night.

"He still remains a member of the Mpumalanga provincial legislature as an ordinary member," she added.

According to Mtshweni-Tsipane, the ANC has set itself a particular moral standard, which its public representatives have to abide by.

In the meantime, the MEC for Cooperative Governance and Traditional Affairs, Busisiwe Shiba, will continue to act in Msibi's place.

"Mandla Msibi is a comrade of mine, whom I have known and worked with for many years. I hold him in a very high regard and I shall continue to do so, until proven otherwise," the MEC added.

On Tuesday, Msibi appeared in the Nelspruit Magistrate's Court, along with his co-accused, Anele Sonke Mnisi, 26, and Njabulo Mkhonto, 28.

They face two counts of murder and one count of attempted murder in connection with the fatal shooting of Dingaan Ngwenya and Sindela Lubisi, as well as wounding a third person, at the Nelspruit Cayotes Shisa Nyama on 22 August 2021.

More in this category: « Mpumalanga ANC asks MEC Mandla Msibi to step aside. Moseneke appointed to head a rationalisation committee to help improve access to justice. »
back to top