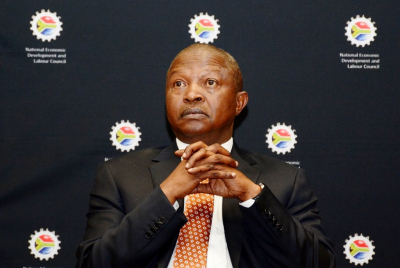 Luthuli House in the Johannesburg CBD was evacuated on Tuesday evening after a security breach and non-compliance with Covid-19 protocols, according to the ANC.

ANC spokesperson Pule Mabe said the party’s headquarters experienced a "breach" during discussions between delegations from the Liberation Struggle War Veterans (LSWV) and the party.

The military veterans from Azapo, PAC and ANC spent Tuesday night inside the ANC HQ and have been protesting since Monday.

Mabe said the group was very cooperative, and the party understood their plight.

He said on Wednesday that Deputy President David Mabuza, who chairs the Presidential Task Team on Military Veterans, will meet them on Thursday.

Mabe added that there were no big fears of a security breach because the ex combatants had come to the HQ with genuine concerns.

"They have been corporative. The issues they are raising are part of their plight, and there is a planned meeting between themselves and the deputy president as being delegated to deal with these matters at the level of government," Mabe said.

Mabe said there were already movements to gather the ex combatants from different parries and address their issues as a collective and not per ex liberation party.

He maintained that the soldiers had given a lot to the country and had to be afforded the necessary respect.

"At the level of government, there is already the establishment of the SA Veterans Association, which brings together various ex combatants of the liberation combatants," he said

Mabe said the ANC was also in the process of merging the MKMVA and the MK Military Veterans Council. He said the process was disturbed by the Covid 19 pandemic.

This is the latest of Luthuli House’s woes. Over the past year, cash-flow problems, mounting debt and unpaid salaries have almost crippled the ruling party. Staff members went on strike, which resulted in the party failing to submit a complete list of its municipal election candidates to the Electoral Commission of South Africa. They have since returned to work for the sake of the elections. The ANC resorted to crowdfunding to pay staff.

In November 2020, President Cyril Ramaphosa established the task team to find solutions to the legitimate grievances of the Liberation Struggle War Veterans (LSWV).