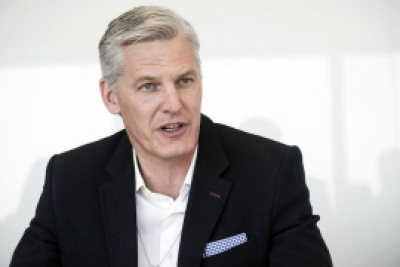 Eskom chief executive Andre de Ruyter says the power utility is working on repairs at its power stations, with stage 2 load shedding expected to end shortly, nearly a week after being implemented.

Speaking to eNCA, de Ruyter said that load shedding will be lifted on Thursday morning (14 October) under current planning, adding that no further power outages are anticipated in the run-up to and over the country’s local government elections on 1 November.

"The fact of the matter is that we have a shortage in generation capacity between 4,000 – 5,000MW. That is really what we need in addition to our existing ageing power generation system, which is susceptible to breakdowns and failures.

"Once we have that capacity added to the grid, we see that there will be a significant improvement in power generation."

De Ruyter said that Eskom was hit with several issues at its power stations, including a fire at Kendal power station and conveyor belt failures at Tutuka, leading to the most recent load shedding, he said.

Once these have been repaired, the power utility will be able to meet demand again, De Ruyter stated.

This was extended to 05h00 on Thursday (14 October) after further breakdowns were reported at the Kusile, Komati and Hendrina power stations.

Total breakdowns amount to 14,760MW, while planned maintenance is 5,277MW of capacity. "While still recovering four sites at Tutka, which had experienced conveyor belt failures, the fleet suffered a cluster of boiler tube leaks within a short period of time," Eskom said in a statement last week.

For those living in the major metros, the load shedding schedules are available here:

More in this category: « Mabuza set to meet with unhappy ANC ex-combatants. Here are 10 things you need to know about COVID-19 Vaccination Certificate. »
back to top