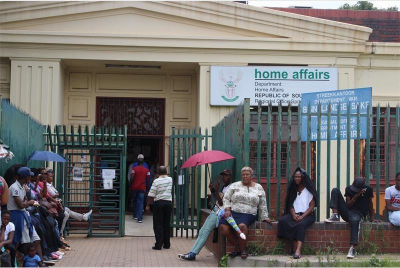 The Department of Home Affairs (DHA) has begun public consultations on its Green Paper on Marriages in South Africa.

The department said the consultations, which will take place at workshops throughout the country, follow the submission of public comments earlier this year.

"Inputs received during consultations will be consolidated into a White Paper which will articulate government’s position on the regulation of marriages in South Africa."

The Green Paper aims to develop a new Single Marriage Bill and will align the country’s marriage regime with the constitutional principle of equality.

The paper makes proposals on unions of people from all sexual orientations, religious and cultural persuasions. It also proposes the complete removal of child marriages in our future marriage regime, the department said.

The legislation that currently regulates marriages in South Africa has been developed without an overarching policy based on constitutional values and an understanding of modern social dynamics.

This has led to the recognition of different marriage rituals without any harmonisation, it said.

"Given the diversity of the South Africa population, it is virtually impossible to pass legislation governing every single religious or cultural marriage practice. It is against this background that the DHA is embarking in the process of developing a marriage policy that will lay a policy foundation for drafting a new single or omnibus legislation."

Some of the critical changes that have been mooted in the green paper include: