Mabuyane says Hawks probe is a political witch-hunt against him. 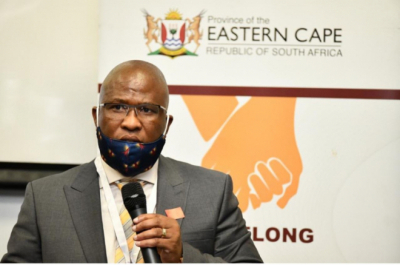 Eastern Cape premier Oscar Mabuyane has approached the provincial high court to interdict the Hawks from investigating him, saying the probe was part of a political witch-hunt against him.

He said the witch-hunt stemmed from his calls for former ANC secretary-general Ace Magashule to step aside.

In court papers, Mabuyane has asked for an order to set aside the decision to launch an investigation into "unspecified allegations" against him, claiming the Hawks are being used by his rivals in the ANC to conduct a political witch-hunt against him.

The court papers stated that it was clear that the Free State office of the DPCI had no jurisdiction over the matter.

Mabuyane has been in hot water after Public Protector Busisiwe Mkhwebane on Friday released her report into the misuse of funds intended for the memorial service of struggle stalwart Winnie Madikizela-Mandela.

The report into "allegations of corruption, maladministration or misuse of public funds by senior and executive Eastern Cape government officials and the Mbizana Local Municipality" found that Mabuyane allegedly pocketed R450 000 of the money set aside for the memorial service in Mbizana in 2018.

In his founding affidavit, Mabuyane said a confidential source had informed him that political elements in the ANC opposed to his leadership were behind the investigation and had tried to influence the DPCI.

The premier also wants the court to compel the DPCI to provide him with all the information they have against him.

"The DPCI appears to take the attitude that since I am not an 'accused' person, I am not entitled to such information. This is the wrong attitude. I have already been characterised by the DPCI as a suspect. Bearing in mind that I am a suspect, presumably suspected of having committed crimes, I am entitled to know the basis on which it is suggested that I am suspect," the court papers stated.

Mabuyane claimed that without this information it was impossible for him to respond to the allegations against him.

He said he had made enemies within the ANC because he had been vocal about Magashule stepping down.

While highlighting that the allegations against him were based on events that took place in 2017, the premier said the DPCI should have provided a compelling explanation for why it did not investigate the matter in 2019, when the allegations were made public.

More in this category: « Mchunu promises solution to the Vaal's sewage problems. Livestream:Closing Arguments in the Rosemary Ndlovu case. »
back to top