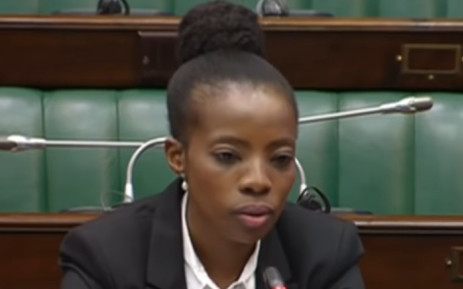 The National Assembly has approved Kholeka Gcaleka for the position of deputy public protector and her name will be sent to President Cyril Ramaphosa for ratification.

The position of the deputy public protector becomes vacant from next week following the departure of incumbent Kevin Malunga, whose term has ended.

Despite concerns raised against Gcaleka by the opposition, the ANC used its majority to push through the appointment of former minister Malusi Gigaba's former legal adviser with 203 votes to 103 this afternoon.

During the debate on the appointment, DA MP Glynnis Breytenbach said Gcaleka met the criteria for the post but highlighted several objections to her appointment.

"She was a vociferous supporter of Menzi Simelane who can only be described as a wrecking ball during his tenure at the NPA [National Prosecuting Authority]," said Breytenbach who was also at the NPA at the time.

"Instead of fighting for prosecutorial independence, Miss Gcaleka, then chairperson of the Society of State Prosecutors, chose to side against the majority of prosecutors and with Simelane.

The EFF, ACDP and UDM also objected to the nomination of Gcaleka.

The National Assembly will inform President Cyril Ramaphosa of Gcaleka's nomination because the president appoints the Deputy Public Protector.

Tweet
More in this category: « Geoff Makhubo is the new executive mayor of the City of Johannesburg. Desmond Tutu admitted to hospital for 'stubborn infection'. »
back to top