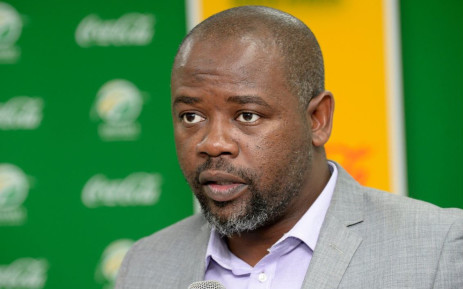 A CSA statement read as follows:

The board of directors of Cricket South Africa has taken a decision to put the chief executive officer Thabang Moroe on precautionary suspension with pay, effective 6 December 2019, on allegations of misconduct, pending further investigations,’ read a statement from CSA.

"The decision to place Moroe on precautionary suspension follows from the reports received by the social and ethics committee and the audit and risk committee of the board related to possible failure of controls in the organisation.

During the course of Moroe’s precautionary suspension, a forensic audit of critical aspects of the business and the conduct of management related to such aspects shall be conducted by an independent forensic team.

In this regard, we urge all our stakeholder including sponsors, members of staff, players, volunteers and cricket fans to allow this process to unfold and we will provide updates on this matter.

In the interim, the board of directors has mandated the chairman to look at various options including holding discussions with Dave Richardson, the former chief executive officer of the International Cricket Council, regarding the appointment of an acting chief executive officer for the duration of Moroe’s precautionary suspension."

Meanwhile Standard Bank has released a statement that it will not renew their deal with the organisation when it expires at the end of April next year.

"This morning Standard Bank informed Cricket South Africa (CSA) that it will not renew its agreement as the title sponsor of the South African National Men’s Cricket Team when it concludes on 30 April 2020," the statement read.

"Standard Bank has sponsored the National Cricket Team, and the CSA development programme through the Regional Performance Centres, for a long period. We are immensely proud of the many milestones reached."

Standard Bank Group Chief Marketing and Communications Officer, Thulani Sibeko, said the decision not to renew the sponsorship agreement was not taken lightly.

"We wish the national cricket team well in the years ahead. The Test, ODI and T20 teams have made South Africans immensely proud over the years and we are grateful to have been a part of their journey."

Tweet
More in this category: « Eskom: Stage 2 loadshedding will continue today from 09:00 until 06:00 on Saturday. Eskom to implement stage 4 load shedding from 14:00. »
back to top