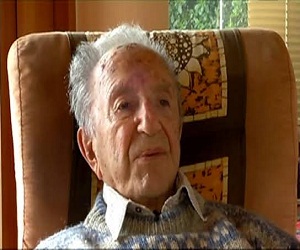 Ben Turok (born 26 June 1927 – died 9 December 2019) was a South African anti-apartheid activist, Economics Professor and member of parliament. He was a member of the African National Congress (ANC).

Ben was born in Latvia in June 1927 and relocated to South Africa with his family in 1934. He was the father of Neil Turok, the founder of the African Institute for Mathematical Sciences in Muizenburg.

He joined the South African Congress of Democrats in 1953 and became secretary for the Congress of the people in 1955. Ben was the African representative in the Cape Provincial Council.

He played a very notable role in helping draw up the Freedom Charter. Ben went to jail and served time under apartheid.

Turok was convicted under the Explosives Act in 1962. He also spent more than 20 years in exile and returned to South Africa in 1990.

Tributes are pouring in for struggle stalwart and anti-apartheid activist Ben Turok:

We are saddened by the passing of anti-apartheid stalwart, Ben Turok.

We wish to extend our heartfelt condolences to his family, loved ones and our fellow South Africans as we mourn the passing of this great man.

EFF Statement on the Passing of Ben Turok. pic.twitter.com/O6DsDIQQZZ

Tweet
More in this category: « Eskom said the system remained vulnerable and unreliable. News Just In: Eskom will be moving to stage 6 load shedding as from 6pm. »
back to top