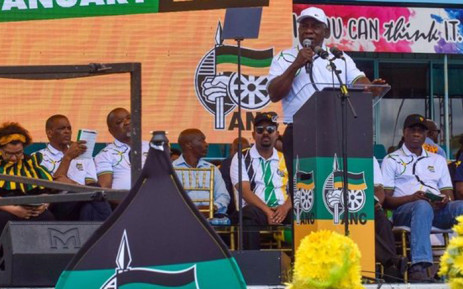 Ramaphosa told hundreds of people attending the anniversary celebrations in Kimberley that its plans for the year are underpinned on the Freedom Charter.

The country is commemorating 65 years since the adoption of the Freedom Charter which sets out the vision of democratic South Africa.

Here’s the party’s priorities for 2020 in brief:

• Building a capable state that serves all the people

• Building a united and cohesive society

• Education and Skills for a changing world

Furthermore, the statement highlighted the tasks of the ANC for the year:

• We will renew the ANC as the most effective force for social change.

• We will build a movement united in action.

• We will prepare for a decisive local government mandate

• We will mobilise all octal partners to grow and transform the economy.

• We will strengthen governance and tackle corruption.

• We will work to end gender-based violence and femicide.

• We will work for peace, integration and development aim Africa.

Tweet
More in this category: « Cyril Ramaphosa: The intelligence services to investigate the claims of sabotage at Eskom. Ukraine's Volodymyr Zelenskyy urges international partners to be united and persistent until a probe was complete. »
back to top