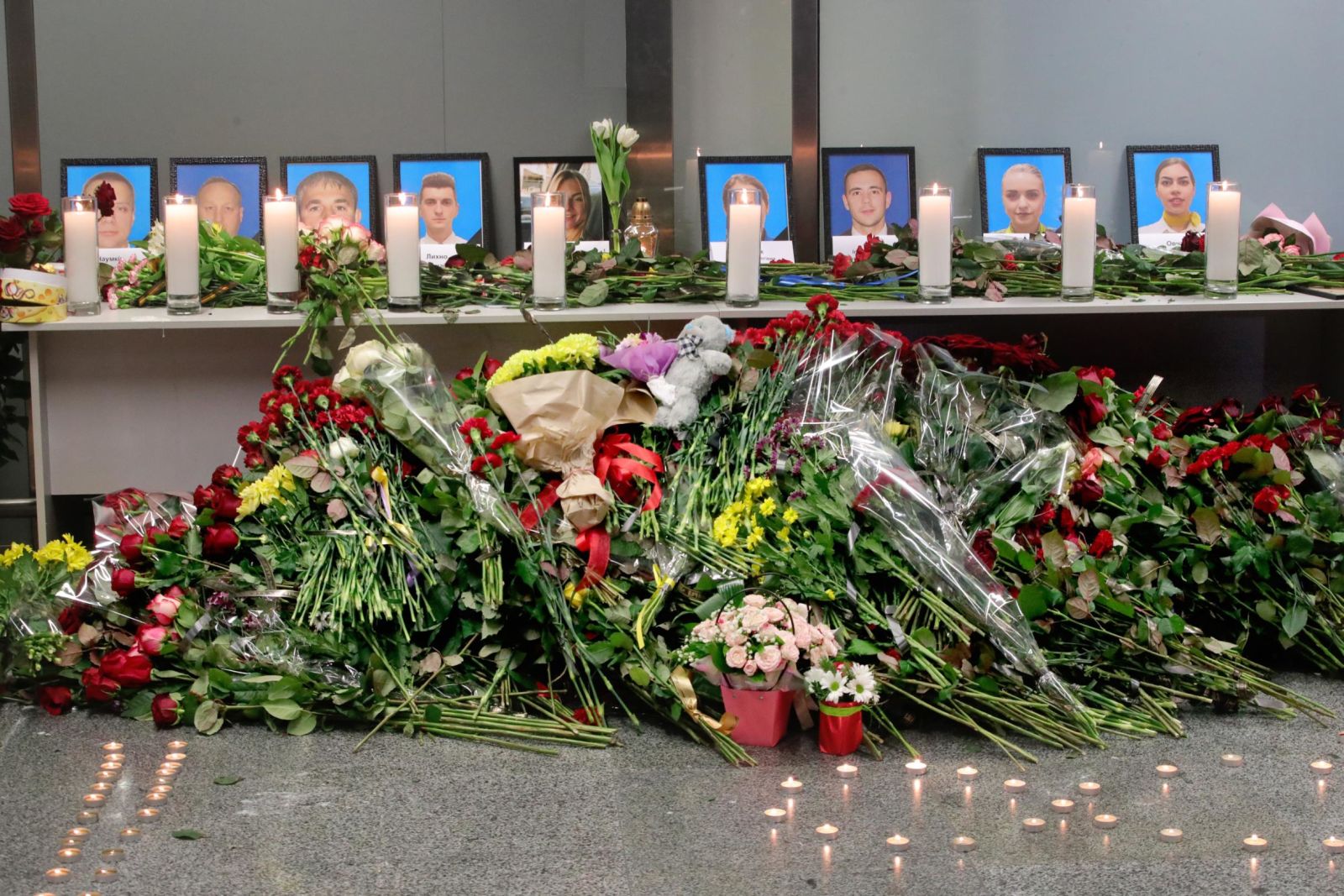 Ukraine's President Volodymyr Zelenskyy has said he and his Iranian counterpart Hassan Rouhani have agreed in a phone call to identify the remains of those deceased on Ukraine Airlines Flight 752 in the near future, and on beginning joint work on decoding the black boxes of the crashed plane.

Zelensky said the Ukrainian experts will continue to work in Tehran and their findings in Iran meant that the truth about the crash of the Ukrainian passenger plane could not be concealed.

He also urged Ukraine's international partners to be united and persistent until the investigation was complete.

Zelenskyy also thanked the international community - Canada, the United States and the United Kingdom in particular - for their support in the wake of the crash of the plane just outside Tehran on Wednesday.

Earlier on Saturday, Iran said its military had shot down the Ukrainian plane killing all 176 onboard in a "disastrous mistake", adding that air defences were fired in error while on alert after Iranian missile strikes on US targets in Iraq.

In his televised address, Zelenskyy promised that his government would compensate the families of the victims.

"[Rouhani] apologised on behalf of the Iranian side for the tragedy that took 176 lives," a statement from Zelenskyy's office read.

"The President of the Islamic Republic of Iran fully acknowledges that the tragedy was caused by the erroneous actions of the military of this state."

Tweet
More in this category: « January 8 celebrations: ANC to prioritise job creation,investment. ESKOM Power Alert: No load-shedding is expected today. »
back to top