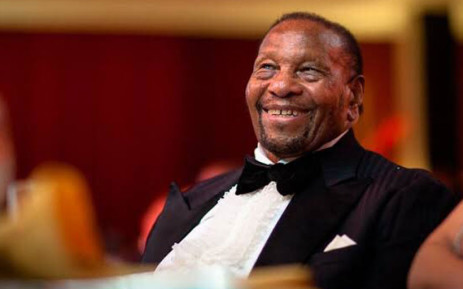 The president will deliver the eulogy for the pioneering businessman who has been hailed as a modern-day Midas. Maponya passed away on Monday, January 06, just days after celebrating his 99th birthday.
President Ramaphosa has honoured Maponya with a Special Official Funeral Category 2. The National Flag has been flown at half-mast from last Friday and will remain until the evening of the burial at West Park Cemetery.

Richard John Pelwana Maponya was born in the then Northern Transvaal (Limpopo) on 24 December 1920.

Although trained as a teacher, Maponya started working in the 1950s at a clothing company seeking an educated black person to sell garments to miners and rural people. In the starkly racist language of the day, the company called the department the ’kaffir truck’.

Maponya proved an adept buyer of material that would appeal to black people. Just by touching a piece of fabric, he says, he could tell whether it was from Britain, Germany or Italy, etc. The department’s white manager took a liking to Maponya, but told him: ’You can’t become a general manager because you can’t oversee white people – there’s a glass ceiling over your head.’ However, the manager gave him soiled clothing and cloth samples, which he sold in his spare time, allowing him to build up capital.

Maponya attracted buyers for his clothing, using a ’pay-while-you-wear’ scheme, unusual at the time. When his patron retired in 1956, his supply of second-hand clothing ended and he resigned. When he engaged himself in business around 1956, Maponya was living in Soweto. He wanted to open Soweto’s first retail clothing store, but was denied a licence. In 1957, he went for legal advice to Nelson Mandela and Oliver Tambo, who then ran Johannesburg’s first black law firm, but they were unable to help as their own conditions were too restrictive.

In 1979 the government of the day required NACOC to disband and re-establish itself along ethnic lines. The leadership of NACOC refused, stood their ground and opted for a federation, becoming the National African Federated Chamber of Commerce (NAFCOC).

Maponya set up the Dube Hygienic Dairy, the first business of its kind in the Soweto neighbourhood at the time, and it is still operating. At a time when Soweto lacked electricity or refrigerators, he dispatched deliverymen on bicycles speedily to transport customers’ milk at peak hours. By the 1970s, when regulations had relaxed slightly, he set up a butchery, two grocery stores and a restaurant under the licence of a ‘native eating housekeeper’.

Maponya welded those businesses into a successful filling station and, in time, a General Motors dealership. When that American motor company disinvested from South Africa in 1987, he pursued other businesses, including supermarkets, bottle-stores and bus transport. He also ran a successful BMW dealership in Soweto, but grew frustrated at the small allocation of vehicles allowed him, which he says he was able to sell within a week.

When Coca-Cola dis-invested from South Africa, Maponya put together a group of black business people, formed the company Kilimanjaro Holdings (Pty) Ltd, and put in a successful bid for a bottling plant in East London. Maponya was elected chairperson.

Most recently, Maponya has been involved in the property business, with a focus on building offices and small factories. His group, which boasts a logo portraying a trumpeting elephant, has offices in Johannesburg, Durban, Cape Town and Plettenberg Bay.

For 26 years Maponya’s dream has been to build a shopping mall, Maponya Mall. When completed, the 65 000-m squared complex was to be Soweto’s largest.

Maponya’s career highlights include being a trustee of The Nelson Mandela Children’s Fund and founder and first president of the National African Federated Chamber of Commerce.

Richard John Pelwana Maponya rose from the dust-choked, arid and impoverished rural areas of Limpopo to become one of the most respected and respectable self-made businesspeople in South Africa. Despite the humiliation of apartheid, the deliberate deprivations and racial ceilings and laws forbidding entrepreneurial spirit among black people, he proved a visionary with a dream that refused to die.

He survived by eight children and 18 grandchildren.

Tweet
More in this category: « Queen Elizabeth says she is entirely supportive of Harry and Meghan’s desire to create a new life as a young family. Old Mutual has won its appeal against an earlier order reinstating its axed CEO Peter Moyo. »
back to top