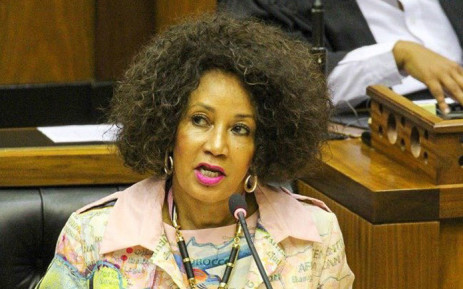 The Democratic Alliance (DA) has announced that it would file a complaint at the Public Service Commission to investigate the appointment of Menzi Simelane and Mo Shaik to the Human Settlements, Water and Sanitation Department.

Simelane's appointment by former president Jacob Zuma was found to have been invalid by the Constitutional Court,while Shaik played a lamentable role in the Bulelani Ngcuka Apartheid spy debacle.

In her response, Sisulu stated that "posts in the ministry have been filled as outlined in the Guide for Members of the Executive, otherwise commonly referred to as the Ministerial Handbook".

Shaik and Simelane are not Sisulu's first controversial appointments. In November, it emerged she appointed former social development minister Bathabile Dlamini as chairperson of the social housing regulatory authority interim board (SHRA).

In the midst of the most crippling drought in living memory, Minister of Human Settlements & Water and Sanitation, @LindiweSisuluSA, has hired failed ex-NDPP Menzi Simelane and Mo Shaik as "special advisors", funded by the National Department. Outrageous!! https://t.co/auWRiVC4uB

Tweet
More in this category: « Parktown Boys High School have released a statement outlining its version of events,following death of pupil at orientation camp. Harry and Meghan will give up their royal titles following their decision to step down as senior royals. »
back to top