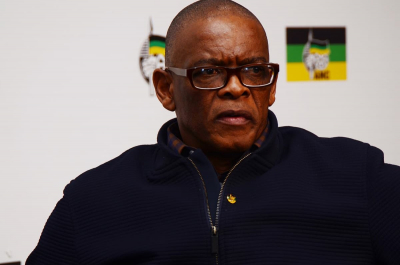 The African National Congress (ANC) has distanced itself from a planned visit to Limpopo by suspended secretary-general Ace Magashule on Friday.

The party’s Sumbandila branch in the Vhembe district had planned to host Magashule at an event on the sidelines of the ANC’s 110th anniversary celebrations this weekend.

2. "The National Executive Committee further resolved (that the) Secretary-General is not allowed to attend organisational activities or represent the ANC in any activities."

3. "Your activity (Musina ward 8) is inconsistent with the prescripts of the constitution of the ANC as adopted in the 54th National Conference, in particular rule 25."

"Your branch is directed to suspend the visit of Comrade Ace Magashule," said Lubere.

Magashule was suspended by the ANC after failing to step aside after corruption charges were brought against him.

The ANC is hosting different activities in the province for its anniversary celebrations, culminating in an address by party president Cyril Ramaphosa at 1pm on Saturday at the Old Peter Mokaba Stadium.

Meanwhile,other than the fund-raising golf event, Ramaphosa and his deputy, David Mabuza, were set to have a busy Friday.

In the morning, Mabuza was due to lead a wreath-laying ceremony at the burial site of Peter Mokaba, a former leader of the ANC youth league who hailed from Polokwane. The January 8 rally hosting region is named after him.

The @MYANC has the power and capacity to self-correct! We will reclaim the dignity of our movement #ANC110 #ANC110Limpopo pic.twitter.com/P62dmtk0z5

Later in the day, he would lead a Peter Mokaba remembrance walk at Mankweng, together with the leadership of the ANC youth league interim structure.

Ramaphosa was expected to take over the programme when he delivered the Peter Mokoba memorial lecture at Jack Botes Hall in Polokwane.From there,he would attend the party’s fund-raising gala dinner where guests who wanted to sit next to him would have paid R1.2 million.

More in this category: « Post incident-report shows a series of failures behind damage to parliament. Auction of key to Nelson Mandela's prison cell halted & to be returned. »
back to top