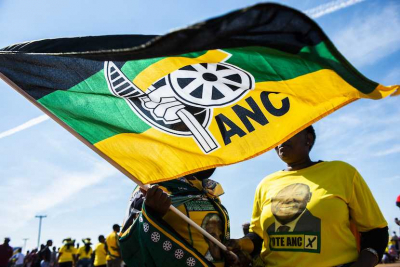 The African National Congress Youth League (ANCYL)members have been protesting at Jack Botes Hall in Polokwane over accreditation ahead of the Peter Mokaba lecture on Friday.

The ANCYL provincial convener said the problem is about the limited number of delegates allowed to enter the hall in compliance with COVID-19 regulations.

Where the venue is too small to accommodate these numbers with appropriate social distancing, then no more than 50 percent of the capacity of the venue may be used.

When he passed away in 2002, he was an elected MP and a deputy minister in the Department of Environmental Affairs and Tourism. He was also elected as a member of the National Executive Committee of the ANC in 1991, in 1994 and again in 1997. By the time he died he had been elected by the ANC to head their preparations for the 2004 election campaign.

In a joint statement, the ANC and ANCWL reiterated earlier remarks that it was the leadership of the ANCWL, led by Bathabile Dlamini, that made the call for the event to be postponed.

The party said the incident has taught them to "tighten access control" into their future events to ensure they do not become super-spreaders.

Meanwhile with the ANC Youth League headed towards a national conference later this year, ANC deputy president David Mabuza has cautioned the organisation not to be influenced by conflict.

Mabuza said the ANC relied on the stability of its structures, and the youth league would have to ensure it built a stable structure to ensure the future of the governing party.

He spoke in Polokwane on Friday at a wreath-laying ceremony for ANC struggle stalwart Mokaba.

Mabuza said there should be no fighting at the party's meetings and conferences.

"Young people must ensure that they build the structures of the ANCYL. The commitment we are making again is that at branches and conferences, no one should die. No fighting should take place in those meetings. Young people can't do that. They can't kill each other. They have got a bigger role to play in this movement. We rely on you, your energy and wisdom," said Mabuza.

The wreath-laying ceremony was part of ANC activities in Limpopo ahead of the party's January 8 statement on Saturday.

Eventually Ramaphosa addressed crowds outside the Hall in Polokwane following delay caused by protests over accreditation for the event.

Ramaphosa said,"Mokaba was courageous, he was disciplined unlike what we see today. He was well steeped in the culture of ANC politics and a remarkable leader."

He further said that young people in 1976 rose up to speak and act against the oppressive education laws.

Ramaphosa said, "We salute the young lions and young people of democratic South Africa who worked with Mokaba. Sihle Zikalala is here all the way from KZN."

The president went on to say it was an honour to be invited to deliver a memorial lecture to remember Mokaba.

More in this category: « Man who allegedly smashed ConCourt windows could face more charges. State of the nation address (SONA) moved to Cape Town City Hall after Parliament fire. »
back to top