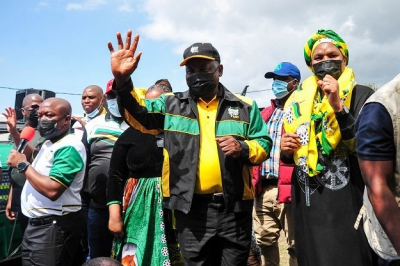 The ANC was founded on 8 January 1912 and for many years the occasion of this anniversary was marked with the release by the National Executive Committee of a major statement for the forthcoming year.

The ANC has called on all citizens of the country to continue to show support, as the party celebrates its 110th birthday this week.

The party says there will be strict adherence to Covid-19 safety regulations at the anniversary celebrations to be held at the Old Peter Mokaba Stadium in Polokwane, Limpopo on Saturday.

More in this category: « Cyril Ramaphosa says ANC aims to end patronage and corruption. GDE still to place 1,465 grade 1 and 8 pupils ahead of the new school year. »
back to top