Big changes on the cards for domestic workers in 2022. 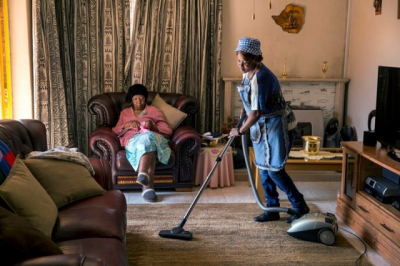 Employment and Labour minister Thulas Nxesi is expected to publish an updated minimum wage for domestic workers in South Africa in the coming months.

As a result, the minimum wage for domestic workers in 2021 came to R19.09 per hour. The equalisation of the domestic sector was proposed in 2020 by the commission; wherein there was a minority report proposing a phased-in approach.

"In line with its earlier proposal, the commission recommends that the minimum wage of domestic workers be increased to the national minimum wage in 2022," it said.

Domestic workers are also expected to benefit from additional protections in their day-to-day work in 2022 – both through existing and incoming regulations.

As of February 2021, domestic workers qualify for benefits under the Compensation for Occupational Injuries and Diseases Act.

Domestic workers who are injured at work can claim from the Compensation Fund, and the dependents of a domestic worker who died as a result of injuries incurred while on duty will also be able to claim. It is also mandatory for employers of domestic workers and employees to contribute to the Unemployment Insurance Fund.

Another significant development is the approval by Parliament of the ILO Convention 190 on eliminating violence and harassment in the world of work which is set to be formally introduced shortly.

There are also three gender-based violence bills currently being processed that seek to strengthen protection for women from sexual abuse and other forms of violence.

Statistics South Africa data shows that hiring for domestic workers has also improved significantly over 2021 after the sector was hit hard by the Covid-19 pandemic and associated lockdowns.

The number of domestic workers in the country is currently sitting at around 900,000, after dropping to around 745,000 during the height of the Covid-19 pandemic.

Notably, this annual increase of 147,000 domestic worker jobs was more significant than almost any other segment over the past year, surpassing technicians (106,000), craft and related trades (78,000), plant and machine operators (25,000) and sales and services (20,000) occupations, StatsSA said.

The significant increase can be partially attributed to the Covid-19 lockdown, as more than 259,000 domestic workers lost their jobs in q2 2020 – a year-on-year decrease of 25.1%.

Domestic workers were effectively blocked from working during the country’s highest level 5 lockdown in 2020. In addition, many households retrenched domestic workers, citing concerns around costs.

Data published by cleaning service sweetsouth in June showed that an estimated 20% of domestic workers lost their jobs due to the pandemic over the last year.

More in this category: « GDE still to place 1,465 grade 1 and 8 pupils ahead of the new school year. Basic education explains the controversial 30% matric pass mark. »
back to top