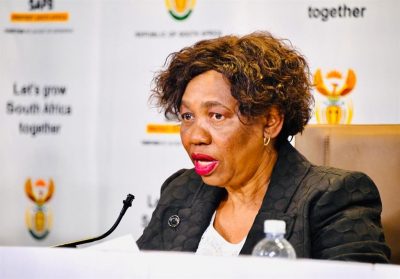 The Department of Basic Education has published an explainer after repeated complaints about 30% matric pass requirement.

When the National Senior Certificate pass rate is announced each year, concerns arise around whether this can be relied on as an indicator of progress in the sector, the department said.

"Outrage is often expressed over the fact that the lowest possible pass mark per subject is 30%, however, what is not fully understood is that no candidate can obtain a National Senior Certificate if he/she passes all seven subjects at 30%. The learners must pass at least three subjects at 40%," it said.

The department said that it is aware of arguments that raising this threshold to 50% would improve the education system; however, it said that this change would not be made as the system aims to encourage 'different levels of achievement'.

The 2014 ministerial committee, which recommended several changes to the National Senior Certificate, many of which have been followed through, did not recommend changing the lowest threshold. It is acceptable assessment practice to ensure that provision is made for different levels of achievement. All education systems have different levels of passes, not just one pass mark."

In 2020, approximately 62.4% of learners (361,240) obtained admission to bachelor and diploma studies and only 79,178 learners obtained a lower level of achievement, the department said.

Meanwhile more than 1,500 signatures have been garnered by One SA Movement leader Mmusi Maimane's petition to end the 30% matric pass mark.

The petition reached its initial goal of 1,500 signatures within hours of its launch on Thursday,

According to Maimane, a 30% pass mark hurts pupils, the education system and the economy in the long run.

"A 30% pass mark undermines the intellect of SA’s youth and allows for obfuscation of the basic education crisis, education leaders to escape accountabilities and the entrenchment of mediocrity and low expectations."

"We must equip our young people to compete and win in the global economy. And they can with quality education. This begins by upping the matric pass mark," said Maimane.

This is not the first time Maimane has been vocal about putting an end to the 30% pass mark. Last year, he said the pass mark was not enough to equip school-leaving pupils for the demands of the country’s development.

More in this category: « Big changes on the cards for domestic workers in 2022. ANC Limpopo throws its weight behind Ramaphosa for second term. »
back to top