ANC Limpopo throws its weight behind Ramaphosa for second term. 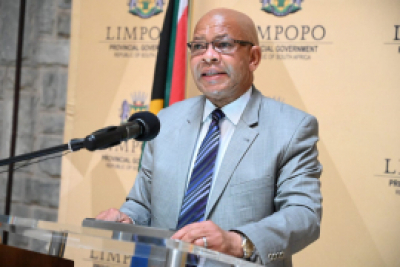 The ANC in Limpopo announced at the party's birthday rally on Saturday that all branches in the province endorsed President Cyril Ramaphosa to continue as party president when the party elects new leaders in December.

Ramaphosa is currently delivering the January 8 statement at the event which is hosted at the old Peter Mokaba Stadium in Polokwane, Limpopo.

ANC Limpopo chairperson Stanley Mathabatha said "ANC branches in Limpopo are saying that Ramaphosa should have his mandate renewed so that the renewal project can continue."

Mathabatha said their support for Ramaphosa had nothing to do with Ramaphosa hailing from the province.

"There is nothing about jumping the gun," he said of their endorsement of Ramaphosa, adding that the province will be campaigning for Ramaphosa.

With less than 12 months before the ANC elects new leadership, it is unclear if Ramaphosa's position will be contested.

Meanwhile, trade union federation Cosatu will convene a central executive committee meeting at the end of February to finalise discussions about who the party will endorse as the candidate for the ANC's presidency. But, in all likelihood, the ANC-ally will throw their weight behind Ramaphosa.

This was confirmed by Cosatu president Zingisa Losi at the ANC's 110th-anniversary celebration in Polokwane on Saturday morning.

Losi said, "... as things stand, we are still throwing our weight behind the same person we did at the 54th conference for president [referring to Ramaphosa]."

She added that, "Cosatu will have its national executive meeting end of February, and we shall resolve which leaders we will be endorsing."

Losi, however, cautioned that while ANC members, as with any other organisation, were free to contest positions, the party ought to remember that, "... it still needs to exist after the elective conference.