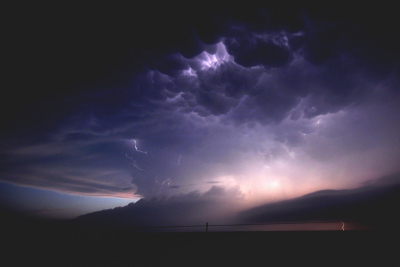 At least three people died when a car with four occupants was swept away by floodwater following heavy rains near Dutywa in the Eastern Cape on Saturday.

The Amathole District Municipality said details of the deceased are yet to be released by the relevant authorities.

It further added that many households have been damaged in Mnquma and Mbhashe Local Municipalities - including a school in Willowvale.

Disaster management teams have been dispatched to both municipalities.

The District Municipality said a multidisciplinary approach will be undertaken to ensure immediate social relief support to affected communities.

CITY ON The Buffalo City Metro is on high alert following continuous heavy rains across the region.

Our Electricity and Water standby teams are also active pic.twitter.com/Lmnr2g8CAQ

Meanwhile Eastern Cape Premier, Oscar Lubabalo Mabuyane, and Buffalo City Executive Mayor, Xola Pakati will embark on a post-flooding damage assessment on Sunday, following the weekend's torrential rains that left scores of houses as well as informal settlements in and around the metro severely damaged.

The heavy rains on Saturday have left scores of residents, mainly in Mdantsane, displaced with roads in some parts completely submerged making access to distressed communities difficult.

The Metro said it is working with the Eastern Cape Department of Human Settlements to render much-needed assistance to those that have been displaced.

Motorists have been urged to avoid crossing flooded roads and bridges.

The South African Weather Service has issued several warnings of heavy weather across the Northern and Western Cape on Sunday.

A mixture of veld fire conditions and potential thundershowers have been forecast.

A level 2 warning for thundershowers has been forecast from Pofadder to Calvinia, and right down to the Cape Agulhas.

More in this category: « Civil group Outa slams Department of Transport over driver’s license saga. Parliamentary staff not expected to return to work at the precinct after the fire. »
back to top