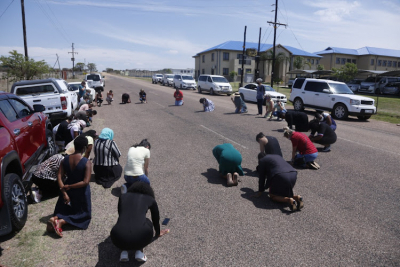 Police have confirmed the Moti family, whose four sons were kidnapped last year, has left the country for Dubai.

The family hail from Polokwane in Limpopo.

The four brothers Zidan, Zayyad, Alaan, and Zia Moti – aged between 7 and 15 - were abducted at gunpoint in October and later released.

National police spokesperson Robert Netshiunda said they have not been able to interview the children.

"Since the release of the children we have not being able to interview them since the father has interdicted the police from interviewing him, the children or any member of the family. We have so far come to know that the family has relocated to Dubai.

According to Netshiunda, the family obtained the interdicts immediately after the release of their children and said that has halted one of the crucial points of their investigation because once a kidnapped person was freed, police needed statements for further investigation.

"It is sad for the police, because whenever the case is reported our aim is to investigate to the point where we make an arrest and make a conviction. When we have used all the resources and we are met with resistance it does not go well with us, because we want justice to be served."

Netshiunda could not confirm whether the kidnapping case had been closed or if investigations were ongoing.

Moti family spokesperson Keshia Patchiappen would not confirm or deny if the family had moved to Dubai, nor why they chose to interdict police from obtaining statements from the boys or other family members.

"At the moment the family is choosing to not comment on any of those issues,"Patchiappen said.

More in this category: « Parliamentary staff not expected to return to work at the precinct after the fire. Gauteng police arrest alleged gang members in weekend blitz. »
back to top