Government plans to introduce changes to its borders in 2022. 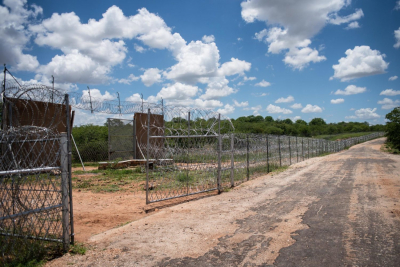 Government plans to launch a new state-owned entity in 2022 in the form of the Border Management Authority (BMA).

The BMA’s work will be aimed at improving South Africa’s borders, and the authority is set to incrementally assume responsibility for enforcing border law at ports of entry by the end of the 2021/2022 financial year.

Unlike the current system, which relies on a combination of over seven different departments – including  SARS, the SAPS, and the SANDF – the new authority will employ its own guards to control and patrol the borders,

The organisation will have its own unique look, with a new insignia developed and approved by the Department of Home Affairs in October 2021. Consultations are currently underway with the Department of Trade, Industry and Competition, and the Office of the State Heraldry regarding the registration and/or protection of the logo.

BMA officials will also have their own unique uniforms and designs, with 15 Toyota Landcruisers purchased to assist in patrolling the border and with other duties.

Approximately R124.9 million has been allocated over the Medium Term Expenditure Framework period in the Institutional Support and Transfers programme for its operationalisation.

As the authority is operationalised incrementally over the medium term, the Department of Home Affairs also plans to redevelop and modernise six priority land ports of entry – Beitbridge, Maseru Bridge, Kopfontein, Lebombo, Oshoek and Ficksburg.

This major project is aimed at modernising these ports into 'world-class' one-stop border posts, with construction set to be concluded by 2025.

"The benefit for the South African economy is that goods and people will move through these six busiest land ports at a faster pace and in a more effective and efficient manner,"Home Affairs said.

"This will have specific and direct benefits for traders, freight carriers and all those transporting goods since the intention is that all movement through these ports will be processed once and jointly by South Africa and the relevant neighbouring country."

As part of its iBorders strategy, which entails adopting a risk‐based approach to managing migration, the Department of Home Affairs also plans to implement new IT systems to record passenger names and process passengers effectively.

These will enable the department to identify unknown threats based on passenger profiles and known suspects, such as those on watchlists.

More in this category: « Pop-up vaccination sites at border posts remain open until 15 Junuary. Geotechnical specialists called in as left lane of N1 South closed due to sinkhole. »
back to top