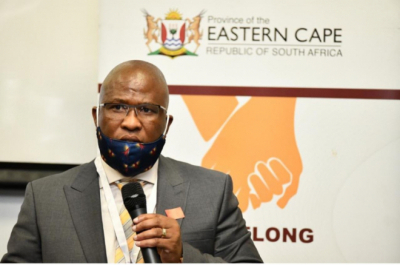 The Buffalo City Municipality says five people, including a policeman, drowned during flooding after a storm hit the Metro at the weekend.

According to an interim status report yesterday, the deceased include an 19-year-old who downed in Unit 3 in Gomora Skwatta Camp in Mdantsane.

The report also says four other people drowned in the Nahoon River at Horseshoe Valley, including a member of the SAPS search and rescue team, 53-year-old Captain Pierre Marx.

According to the SAPS’ Facebook page, preliminary reports indicate that Captain Marx together with co-divers from East London K9 Search and Rescue responded to a drowning alert on January 8.

"As they arrived at the scene to assess the situation, they established that the complainant was on the Island in the main stream of the Nahoon River together with three deceased while the fourth one was still missing in the river.

"After a successful rescue of the complainant who is believed to be a local farmer, Captain Marx struggled with a strong current sweeping him despite attempts by his colleagues to rescue him. He disappeared in the heavy stream and only to be recovered in the early morning of January 9."

"The untimely passing of Captain Marx has sent shock waves within the SAPS family and the community at large who have voiced out their distress at the devastating news of his drowning.

"He was a well-known member of the SAPS who made himself a name within and outside the SAPS for his outstanding heroic rescue activities within the province."

The names of the other victims were not released.

Meanwhile, Amathole District Municipality also reported that three people drowned when a vehicle with four occupants was swept away by floodwaters near Dutywa.

Rescue workers searched for the missing family members and eventually discovered their bodies in the Shixini River on Sunday.

Eastern Cape Premier Oscar Mabuyane is calling on local businesses and organisations to provide assistance after this weekend’s flooding.

The Gift of the Givers has been on the scene in Mdantsane and Duncan village, some of the harder-hit areas.

The flash floods have claimed the lives of at least eight people, including a 19-year-old and a member of the police.

Anyone able to assist can either contact the Gift of the Givers, the premier's office or the Eastern Cape Disaster Management Centre.

More in this category: « Geotechnical specialists called in as left lane of N1 South closed due to sinkhole. EU replaces South African travel ban with testing requirements. »
back to top