University of Johannesburg appoints Phumzile Mlambo-Ngcuka as its new chancellor. 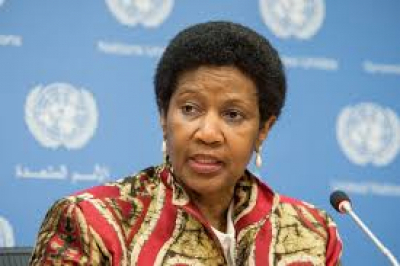 The appointment was made by the university’s council and Mlambo-Ngcuka will serve a five-year term of office that would run from 1 October 2022 until 30 September 2027.

She will succeed Professor Njabulo Ndebele, whose second five-year term as chancellor ends on 30 September.

The chair of the UJ council – the university’s highest decision-making body – Mike Teke said the position of chancellor at the institution demanded a person like Mlambo-Ngcuka be appointed to the position due to her stature, exemplary moral and ethical values, as well as her ability not to shy away from addressing challenges.

"Such a person is indeed Dr Mlambo-Ngcuka. She is a distinguished person with a demonstrable record of excellence, leadership for the betterment of society, and service to her community."

We look forward to her contribution towards our vision: An international university of choice, anchored in Africa, dynamically shaping the future," Teke said in a statement.

Teke also paid tribute to the outgoing chancellor, Professor Ndebele, saying he had immensely contributed to UJ’s strategic direction and its growth trajectory on the research front with admirable research outputs.

"This has helped the University in positioning itself as an important player in the higher education sector, both locally and internationally," he said.

The UJ’s Registrar, Professor Kinta Burger, said details of Mlambo-Ngcuka’s inauguration would be announced at a later stage.

UJ’s approach to impact reflects the UN Sustainable Development Goals (SDGs) – something that Dr Mlambo-Ngcuka, in her capacity as UN Executive Director of UN Women, has cherished and led.

As the head of the UN entity that was dedicated to gender equality and the empowerment of women, she was a global advocate for women and girls.

Mlambo-Ngcuka, who returned back to South Africa last year after her tenure at the UN ended, was a member of South Africa’s first democratically elected Parliament in 1994.

She served first as deputy minister in the Department of Trade and Industry from 1994 to 1996, and as minister of Minerals and Energy from 1999 to 2005.

In 2005, then-president Thabo Mbeki replaced his then deputy, Jacob Zuma, with Mlambo-Ngcuka, which made her the first female deputy president of South Africa from 22 June 2005 to 24 September 2008.