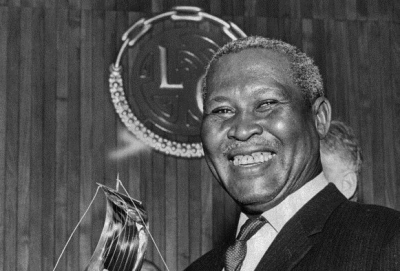 The National Prosecuting Authority (NPA) is busy with a "thorough investigation" to determine whether the inquest into former ANC leader Chief Albert Luthuli's death should be reopened.

The official version of the Nobel Peace Prize winner's death is that he died in 1967 after he was hit by a train on a railway bridge close to the home he had been confined to by the apartheid regime in Groutville, KwaZulu-Natal.

Al Jamah-ah MP Ganief Hendricks asked Justice and Correctional Services Minister Ronald Lamola what prevented his department from reopening the inquests into the deaths of Imam Abdullah Haron and Luthuli and "others that were killed by the security forces of the apartheid government".

He also asked whether Lamola's department had made any progress by the Haron and Luthuli families to reopen the inquests in their deaths and for the timeframe he envisaged that the inquests would be reopened.

Haron was an influential Muslim cleric and anti-apartheid activist in Cape Town in the 1960s. He died while detained by the Security Branch in 1969. The official reason was that he fell down some stairs.

In his answer, Lamola said the investigation into the death of Haron was incomplete.

He added it was incumbent on the investigators and prosecutors to ensure the quality of the evidence gathered was of such a nature it was complete and admissible, to comply with the interests of justice by enabling the presiding officer to have a full and detailed picture from which to draw inferences.

"To this end, because of the age of the records, documents and evidence tendered in the initial inquests such as these, many challenges are posed such as the passing on of witnesses. There are rules of evidence which would guide that the best evidence rule is to be followed.

"As is clear from the political history, the preservation of official records and access to them also poses difficulties. Furthermore, in certain instances, documents that are intended to be admitted as evidence, had been declared as classified and this requires a process of declassification," read Lamola's answer.

Furthermore, the evidence tendered in the original inquest must be re-examined to test its veracity.

"To this end, very often objective expert opinion is required in an assessment of the evidence placed before the court conducting the initial inquest. Consequently, this would require that the more accurate information is provided to such expert, the more reliable such expert's findings. This is also to ensure that the process is in line with the interests of justice."

However, Lamola said there had been considerable progress in the last three months in the Haron matter.

"The family of Imam Haron was involved in initiating the investigations into the material issues at play in this inquest. Additional reports and statements were furnished.

"Several engagements have been held with members of the concerned family, and we have committed to a clear line of communication with stakeholders and participants in order to facilitate this process. There are ongoing consultations with witnesses and an expert witness on the matter."

With regards to the Luthuli investigation, Lamola said a "thorough investigation is still underway" to place the NPA in a position to make an informed decision.

He added "extensive progress" had been made.

"The family was consulted and witness statements were obtained. Moreover, for the past four [4] months, the prosecutors dealing with this matter have been waiting for the procurement of an expert to reconstruct the crime scene for the purposes of determining whether or not there are prospects of reopening the inquest into the death of Chief Albert Luthuli."

The expert proposed a three-phase approach.

During the first phase, the design and performance of the locomotive and the impact force associated with its contact with Luthuli will be analysed.

In the second phase, this analysis will be used to develop a simulation model of the entire scenario given the locomotive design, the Luthuli and three possible crash scenarios.

The third phase will be a consultation between the prosecutor assigned to the case and the expert witness for evidential material.

Lamola did not commit timeframes to either case.

The NPA has come under increasing public pressure to prosecute the apartheid regime's crimes in recent years.

More in this category: « University of Johannesburg appoints Phumzile Mlambo-Ngcuka as its new chancellor. New ID system planned for South Africa – here’s what you need to know. »
back to top