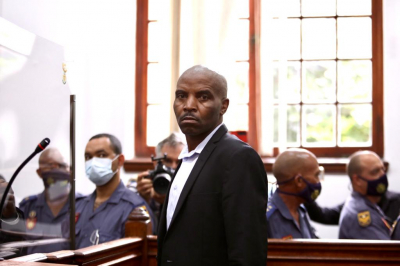 The Cape Town Magistrate's Court has referred alleged Parliament arsonist Zandile Mafe for mental observation to establish whether he is fit to stand trial after a district surgeon diagnosed him with paranoid schizophrenia.

This emerged during Mafe's second court appearance at the Cape Town Magistrate's Court on Tuesday morning.

It argued he would have to undergo a mental evaluation before his bail application could be heard.

According to State prosecutor Helene Booysen, Mafe, who faces six charges, had been taken for consultation with district surgeon Zelda van Tonder where he had been diagnosed.

Mafe, who was clean shaven and dressed in a black blazer and collared blue shirt during Tuesday's proceedings, is accused of having gained access to Parliament where he allegedly stole items – according to the charge sheet "laptop, crockery and documents" – and further accused of having started the fire which razed Parliament's Old and New Assembly buildings.

A new charge was added to Mafe's charge sheet, which relates to the Contravention of the Terrorist Act, while the State abandoned the count which related to the damage of essential Infrastructure.

At his last court appearance, the matter was postponed for further investigation and bail information while Mafe remained in custody.

Mafe, through legal counsel, said he would embark on a hunger strike should he not be released on bail.

Mpofu told the court: "He will not exchange his liberty for food."

He added Mafe should not be in custody or admitted for observation. Magistrate Zamekile Mbalo granted the State's application for a 30-day psychiatric evaluation at Valkenberg Hospital.

"We have mentioned that this is an ongoing investigation and that more charges will be added. Our focus has always been on the case, the accused was initially sent for an evaluation and for obvious reasons we don't see it as viable to continue with a bail application without establishing whether he is fit or not to continue," he added.

Mafe's lawyer, Luvuyo Godla, told journalists outside the court they planned to engage with the State on the referral for mental evaluation.

More in this category: « Ramaphosa participates in SADC Extraordinary Summits in Malawi. Schools will remain on rotational timetable while exploring ways to return to normality. »
back to top