Schools will remain on rotational timetable while exploring ways to return to normality. 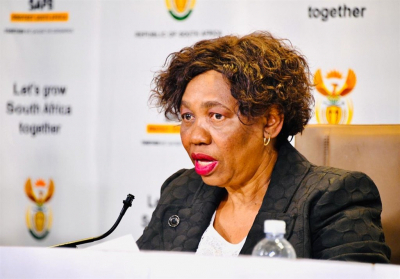 Basic Education Minister Angie Motshekga says that the department was exploring how to return normality to schooling amid the COVID-19 pandemic.

She held a briefing on Tuesday on the readiness of government schools for the new academic year.

Schools in inland provinces reopen on Wednesday, while pupils in the rest of the country go back to class from next week.

"Schools will remain the same, especially on the rotational timetable where it is applicable when schooling concluded in 2021. The fact of the matter is that COVID-19 is still very much with us and we need to continue to work to fight it," Motshekga said.

With children aged 12 and older eligible for their COVID-19 vaccination shot, it's hoped that normalcy will gradually return to the education sector this year.

The minister said that for now, inoculations would not be offered at schools.

"We have not put mechanisms for vaccination programmes in schools. It's a programme that we're going to work on with MECs and SGBs to make sure that if there are vaccinations in schools that there are certain protocols that we follow," the minister said.

Motshekga said that her department would only make changes to the current system once the necessary Covid-19 regulations are amended.

There are also thousands of children who haven't been placed in schools in Mpumalanga, the North West, Gauteng and Limpopo.

Motshekga said that they would provide the necessary support to ensure that all children were accommodated.

"And we have to say upfront, we have been able to place the majority of our learners, but provinces like Gauteng, partly the Western Cape, some areas in KZN, in your urban areas like Durban, we are still dealing with some problems, but provinces have assured us that they are doing everything in their power," Motshekga said.

Motshekga confirmed that her Department is holding consultations around the country’s history curriculum, which was not currently fit for purpose in 'helping children understand who they are'.

A department-assigned task team has recommended that history be made compulsory in grades 10-12. Motshekga said that a draft curriculum is expected to be ready by mid-2022.

She added that the task team has been consulting historians, archaeologists, linguists, researchers, and academics to get input on the new curriculum.

"The major challenge now, which is a massive exercise, is around the rewriting of history. Even the task team said, 'you can’t present the current history as it is,' so it has to be rewritten," the minister said in October.

Motshekga said the department would also have to find the money for new textbooks, and teachers would need to be retrained.

In an emailed statement ahead of Motshekga’s briefing, the Department of Basic Education announced that matric exam results would no longer be published publicly on media platforms, in line with the recently introduced Protection of Personal Information Act (POPIA).

"In order to comply with the provisions of the POPIA, the usual practice of publishing the National Senior Certificate (NSC) results on public platforms (media platforms) will not occur for 2021," it said.

"As was also the practice in previous years, all learners will be required to obtain their statement of results from the schools they attended. In this way, every learner’s personal information with regards to the outcome of their National Senior Certificate exam will be protected."

It confirmed that matric results are still scheduled to release on 21 January 2022 and that results would still be available from schools.