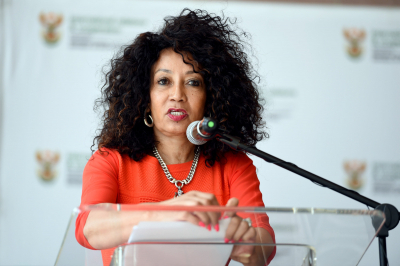 Minister in the Presidency Mondli Gungubele has slammed ANC veteran and Tourism Minister Lindiwe Sisulu for her controversial opinion piece,as "grossly misrepresentation of the constitution".

"It has the potential to undermine the credibility and the weight of the rule of law in this country, especially when it is done by an individual who took an oath of office to protect the law, because once you take an oath, you accept being a champion of that law,"said Gungubele.

In an opinion piece published last week, Sisulu, who has served as an MP since 1994, launched a scathing attack on the constitution, saying it has done little or nothing for the victims of colonialism. Instead, she said, it has given rise to "a sea of poverty".

Gungubele said, as an NEC member, Sisulu had ample opportunity to put her views on the table and to use the processes that are provided for in the constitution to amend it.

He also rubbished Sisulu’s views about the constitution not creating the conditions for social justice in South Africa.

Gungubele said the constitution established a framework for addressing the country’s present and historical challenges, which included the creation of a society that is based on democratic values, social justice and fundamental human rights.

"In other words, this constitution commits to correct the past. But what is key is that this constitution is an outcome of our people through a democratic process.What is worse is when those who have sworn to protect and abide by it attack it without consulting those who produced it.

"In my view, this kind of comment borders on questioning the intelligence of the South African people. Remember the colonial system was not inclusive.It was a racially exclusive system [and] apartheid system."

Gungubele said those who were unhappy with the constitution knew very well that it outlined the processes to be followed in order for it to be amended.

Though Sisulu was writing in her personal capacity, Gungubele said it was a reckless use of the right to express her own view because she had taken an oath of office. But he admitted that the constitution may be flawed in many ways.

Sisulu, who made the remarks on the eve of the ANC’s 110th birthday celebration in Polokwane, has declined to comment further.

More in this category: « Government launches R1.1 billion Covid-19 Taxi Relief fund. Queen Sibongile's bid to inherit half of late king's estate to be decided tomorrow. »
back to top