Queen Sibongile's bid to inherit half of late king's estate to be decided tomorrow. 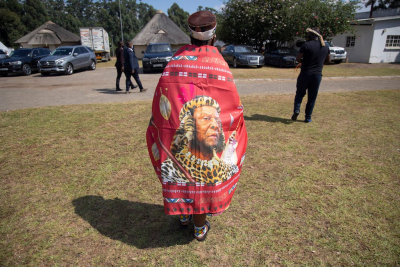 Queen Sibongile Zulu’s bid to inherit 50% of the late King Goodwill Zwelithini’s estate will be decided in the Pietermaritzburg high court on Wednesday.

Acting judge president Isaac Madondo said the queen’s papers, in which she claimed she was the only wife who married the king in civil rights, are contradictory.

The thrust of Tuesday's proceedings was that her legal team did not make out a proper case and had not sought an order declaring the other marriages to be null and void.

A second application was supported by the late king's daughters, Princess Ntandoyenkosi Zulu and Ntombizosuthu Zulu-Duma, who are challenging the authenticity of the late king's will by alleging it was forged.

The matters have been co-joined and are being opposed by members of the royal family, including Prince Misuzulu and Prince Mangosuthu Buthelezi.

Other than that,the court process was hit by minor glitches as court officials had to be strict and expel some senior members of the Zulu royal family who had come to court and were not accredited as the court wanted to limit the number of people due to Covid-19 regulations.

Those who were in court were those who are supporting King Misuzulu and Inkosi Mangosuthu Buthelezi. Queen Sibongile and her two daughters, Prince Ntandoyenkosi and Princess Ntombizosuthi were not in court.

Meanwhlie the regiments also took swipe at Prince Thokozani for allegedly trying to provoke conflict when there was no need for that.

Prince Thokozani shot to fame on May 7 last year when he challenged the naming of Misuzulu as the next King of the Zulu nation, throwing the meeting into chaos.

Since then, the Prince has become a subject of derogatory songs from the regiments and others who are questioning his status in the royal family.

The regiments circled the Pietermaritzburg High Court against the advise of the king and his traditional prime minister, Inkosi Mangosuthu Buthelezi not to convene because of Covid-19 regulations.