Correctional Services on high alert after inmate stabbed to death. 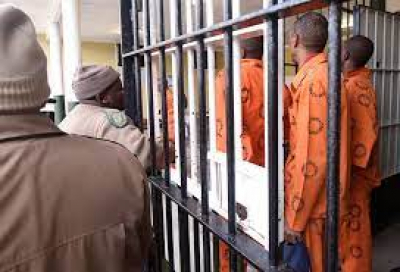 The Department of Correctional Services says it is on high alert following the death of a Mthatha Correctional Centre inmate during an attack at the centre on Tuesday.

According to department spokesperson, Singabakho Nxumalo, five inmates attacked officials and four other inmates during an exercise session at the centre in the Eastern Cape.

"Unfortunately, one inmate from the five attackers succumbed to his injuries and passed on during the fracas. One official and another inmate remain in hospital due to the seriousness of the injuries sustained," he said.

Nxumalo said dual investigations into the incident are being conducted by the department and police.

"This is a disturbing incident, as correctional centres had maintained calm during the festive season.

"An internal investigation has been launched, and the SAPS is also attending to the case. The Judicial Inspectorate for Correctional Services (JICS) has also been informed and is expected to run its own independent investigation. It is the outcome of the investigation which will share more light on the motive and circumstances that may have triggered this incident," he said.

More in this category: « Queen Sibongile Dlamini-Zulu loses last-minute bid to amend her court papers. Government to introduce new driver’s licence in SA. »
back to top