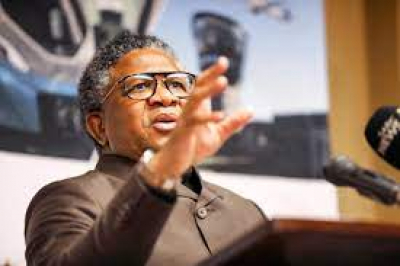 South Africa’s only driver’s licence printing machine has been sent to Germany for repairs as the country faces a massive printing backlog,

Government is now planning a number of measures to ease the growing printing backlog – including a new licence.

Approximately half a million South African motorists are stuck with expired driving licence cards because the twenty-year-old machine that prints them all has been out of order since November.

Speaking to eNCA, Transport minister Fikile Mbalula said that while the machine will take upwards of a month to be fixed, his department will be announcing new temporary measures to assist those affected by the backlog.

He added that the government will be moving 'full speed ahead' on introducing a new driver’s licence card in the country. Mbalula said that the card was still awaiting final cabinet approval and would be announced shortly.

Mbalula has previously said that the Driving Licence Card Account (DLCA) was in the final phase of designing a new driving licence card, with a proposal expected to be made before the end of the 2021/2022 financial year.

The DLCA, the sole producer of licences in South Africa, has said that the new licence will be aligned closer to international practices, adding that a new card allows for the incorporation of new technology and would include a design change.

"The introduction of the new driving licence involves a new design of the driving licence card and the re-engineering of processes to allow for agility and focus on delivering services efficiently and quickly. The project will allow for the adoption of digital technologies such as blockchain and other related technologies which will form the platform an integrated transport system," it said.

The DLCA has also indicated that it is considering the implementation of a new electronic driver’s licence – although this will likely only be mooted once the updated physical card has been introduced.

This will help address a growing backlog as approximately half a million South African motorists are stuck with expired driving licence cards because the twenty-year-old machine that prints them all has been out of order since November.

More in this category: « Correctional Services on high alert after inmate stabbed to death. NPA creates task force team to deal with state capture cases. »
back to top