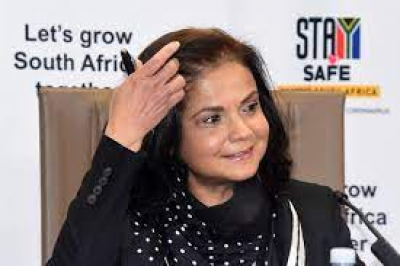 The National Prosecuting Authority says it is systematically reviewing the finding and recommendations of the State Capture Commission of Inquiry.

NPA boss, Shamila Batohi, said in a lengthy and detailed statement on Wednesday, that this is with a view to investigating and building cases for criminal prosecution against those who broke the law, be they from the public or private sectors.

She said this will include, where appropriate, the freezing and forfeiture of the proceeds of crimes.

But, Batohi cautioned that there is a big difference between the evidence presented before a commission of inquiry and evidence required to meet the standard of proof for prosecutions.

The NPA boss said in the case of the latter, criminal investigations will be conducted so that evidence can be presented in criminal matters, in accordance with South African law.

"In response to the Commission’s first report, the NPA has created a dedicated Task Force, coordinated at the highest levels within the NPA. An urgent review of all cases covered in the report, including those already proclaimed by the NPA’s Investigating Directorate (ID), will be conducted."

"The Task Force’s main focus is on progress and impact. It builds on the work already done within the NPA over the past few years, in collaboration with the State Capture Commission and other law enforcement partners," Batohi said.

She said with respect to the Anti-Corruption Task Team, a meeting of key law enforcement partners will be scheduled to ensure optimal coordination and collaboration for success, including in the area of asset recovery.

"The NPA also welcomes the steps towards setting up a dedicated court to handle state capture matters. This will enable speedy finalisation of cases and conviction-based asset recoveries," she said.

In the 874-page report, the commission, chaired by Acting Chief Justice Raymond Zondo, found that state capture was established and also criticised the NPA’s failure to prosecute cases of corruption.

The report further states the NPA’s failure to respond "adequately, or at all" to the challenges of state capture corruption "points to a fundamental failure of a sovereign state function".

Zondo suggested in the recommendations of the report that a new independent anti-procurement corruption agency be established.

More in this category: « Government to introduce new driver’s licence in SA. Livestream:Acting Chief Justice Raymond Zondo responds to an article attributed to Minister Sisulu. »
back to top