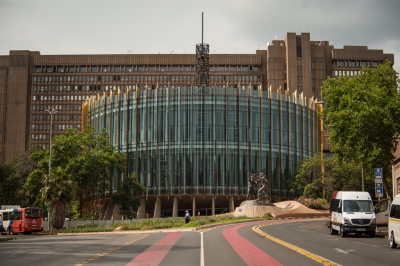 The City of Johannesburg council meeting has been postponed to next Tuesday following disruptions by African National Congress (ANC) and Economic Freedom Fighters (EFF) councillors.

The parties met on Thursday for the election of chair of chairs and chairpersons of all Section 79 committees.

According to member of the mayoral committee for economic development Nkuli Mbundu, chaotic scenes broke out in the Joburg council meeting after the ANC and EFF "discovered they lost and don’t have numbers even if they vote together".

This after the majority of councillors in the Joburg council voted to elect the chairpersons by a show of hands, instead the secret ballot that the two parties had called for, said Mbundu.

The DA leads a multiparty coalition in the city along with nine other parties.

Steenhuisen said: "I certainly think they have the numbers the multi-party coalition has the numbers that's what lies at the heart of the attempt we are seeing here. But the biggest losers here are the residents and citizens of Johannesburg who are looking to that council now to provide services and stability so that we can create jobs, build a city able to deliver services and to get on with the work of governing this is now just frustrating that even further.

More in this category: « Economists predict another record year of load shedding. Former cop sentenced to 10 years in jail for defrauding police of over R1.7m. »
back to top